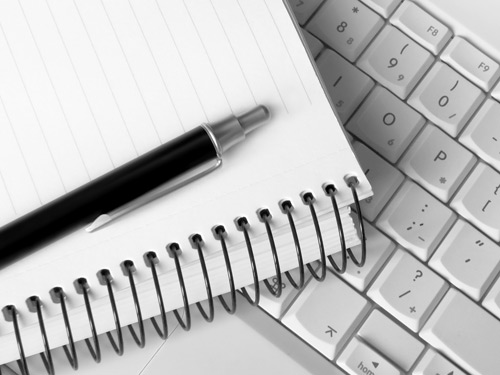 I've been following GamerGate with a huge knot in my stomach because I feel strongly that we, journalistic professionals, need to always strive to do things right. And that has become harder and harder as change after change has buffeted our industry.

A bit of background on me. I'm 56 and I love news. I've followed guys like Walter Cronkite, Dan Rather, Ted Koppel and other pillars of news reporting from my youth. It was mainly because of that group of TV newscasters that I got into journalism. I've been in the business now for more than 30 years, longer if you count my high school, college, and law school years. I never did practice law, but I did work in newspapers, starting a year after law school in 1983 at a small weekly paper. I went from writer, to copy editor to news editor. I have also been a business editor, photo editor, page designer and production editor. I worked 19 years at three newspapers at a time when print was still a viable medium and a journalism code of ethics was enforced with your signature each year.

In 1999, I started writing about games for the newspaper, as the industry was starting to grow in the consciousness of the mainstream press. I even started to freelance for a young site called GameSpy, sometimes writing as many as four reviews, features or interviews a week. The site was looking for credibility, and management wanted a journalist to run their team to go toe-to-toe with the likes of GameSpot and IGN. I joined as managing editor in January 2000, and have been writing about games ever since. I am currently at The Escapist as Senior Editor, News and Features, having started in February.

I have a lot invested not only in the rules of good journalism, but also how those rules apply to my professional focus. I was co-founder of a gaming site called Crispy Gamer in late 2007 that tried to emphasize journalistic integrity and the fun of games and the industry, but a weak economy had the site (as I had envisioned it) folding in January 2010.

And let me clear the slate immediately on a couple things: I am not perfect and have made mistakes when writing stories, and I tend to beat myself up over any actual proven mistake I have made more than any boss or reader ever could.

The methods of journalism have changed tremendously over the last few decades. Notepads and pencils have given way to smartphones with keyboards and the ability to post instantly. Tape recorded notes have given way to digital audio and video recordings that can be downloaded instantly to your computer and posted raw if necessary. And finally, the concept of morning, afternoon and evening press cycles has given way to 24-hour social interactions in 140 characters, as well as Facebook, Instagram and websites that post as soon as news is ready ... with the term "ready" occasionally being a relative term.

I would also be remiss if I did not mention that the concept of news today is a lot different than in my younger days. When you have Fox, CNN, MSNBC and other organizations offering skewed liberal and conservative agendas, and news hosts cherry-picking out-of-context comments and actions to promote their sensationalized conspiracy theories as news on topics of much more importance than video games, it is no wonder that that mentality carries over into our industry. Yellow Journalism is back, and I imagine Cronkite and other news veterans of old rolling over in their collective graves. When the likes of The Colbert Report and The Daily Show offer more insight than purported news outlets, there is a problem.