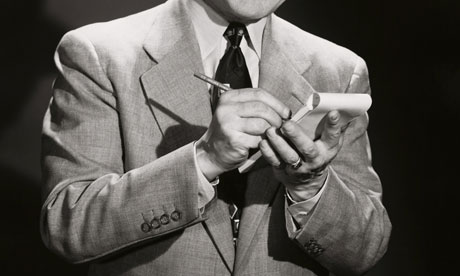 Let's also dispose with how GamerGate started, the concept of "sides" and the supposed agendas of either. I am not here to throw any industry colleagues under the bus because I cannot accurately discern their motives, and like it or not, emails and even text messages make it a bit more difficult to read intent, as sarcasm and emotion are not easily conveyed. My philosophy has always been that there are two sides to every story, and the truth is somewhere in the middle, once all personal biases are removed. (I also have relatives who are police officers and have seen investigation through their eyes as well.) Unless you are a mind reader, you cannot tell exactly what a person's intent was through cursory examination. And the propensity of certain people on both sides to paint everyone in a given class with broad all-inclusive strokes is not only counter-productive, but foolish if you have a legitimate message you want heard and given credibility. Those messages will be tuned out quickly.

With all that out of the way, what you will get here is my personal opinions on how I think things should be as a newspaper and gaming veteran and how I have tried to run The Escapist news team, and will run it going forward, especially as it pertains to the issues of journalism that were posted on The Escapist's GamerGate forum thread's first page. Keep in mind that Defy Media and The Escapist have already posted a Code of Ethics. So let's get started.

News stories should be just that, news and nothing more. That doesn't mean to say the news must be dry, but it should be kept to the facts as presented via press release, quote or comment etc. Anonymous sources should be treated with suspicion, unless a source you know personally requests anonymity for reasons of safety or job security. And even then, getting other sources saying the same thing is a good idea. Now one thing I want to point out here that seems to get lost on some people on both sides is that visual evidence of any kind can be manipulated. It is sad, but true, and it makes the reporter's job even tougher to use any visual evidence as "fact." Video can be staged and edited, as can digital audio, and we have all experienced the reality of bullshots in games, so it is easy to see how any visual "evidence" can be a manipulation. I can no more take your word as fact than you can take mine until we have a rapport. And online, when so few people use real names, even that rapport is suspect. Let's meet in person and let me look you in the eyes -- then the relationship really begins. Sources years ago were people with faces, and trust led to credibility. An anonymous source usually had a name, voice, and a paper trail, not an electronic persona that can be easily manipulated or hidden. Sadly, the practice of journalism is much more complicated than it was years ago.

But that said, we should do everything we can to report only facts, sans slanted or ambiguous words, and avoid all inclusive language whenever possible, unless terms like "all," "never," and "everyone" are indeed a certainty. Editorializing should be kept to a minimum. At The Escapist, we tend to comment in news pieces in the last paragraph only. If more than that, we use an Editorial article template, like the one this article is in, where we try to make it clear that opinion is running rampant. I also try to tell my writers to be aware of their own personal biases so that they don't creep into any writing. If an opinion is too strong one way or the other, or (in editing) a spin is noted that can't be fixed without a full rewrite, the story will be given to a different writer.