There were plenty of big news stories and trends in 2014. What were the biggest? We have the recap for you, compiled in no particular order of importance.

The Assassination of The Interview 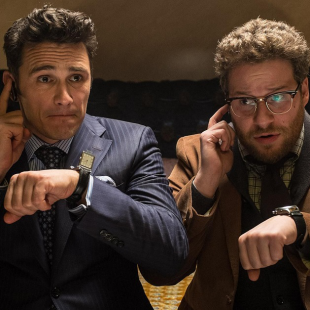 One of the most captivating news stories of 2014 didn't really materialize until earlier this month, as the Sony Pictures saga has gone from "unfortunate security breach," to full-on PR hurricane.

Sony Pictures' woes started in late November, when it announced that hackers had broken into its computer network, making off with tens of thousands of documents. While some of the leaked information was the usual Hollywood news - Sony's talks with Marvel, and a Jump Street-Men in Black crossover - much of the stolen data had more dire consequences attached. 47,000 Social Security numbers were stolen in the hack, along with a number of passwords for email accounts, social media accounts, and Sony computer systems. The leak was so bad that former employees, who were not afforded the same identity theft protection plans as current Sony staffers, initiated a class action lawsuit.

But the drama passed beyond the normal sphere of cybersecurity and hacker malfeasance. Eventually, the media answered the question of "who hacked Sony?" on its own, by alluding to North Korea's involvement. Sony was ready to release The Interview in theaters on Christmas Day, and North Korea had months before filed a complaint about the Kim Jong-un assassination flick with the United Nations. A spokesperson for the DPRK even threatened war with the United States if The Interview was released, calling the film an "act of war."

So the motive was established, and that's when the hackers, calling themselves the Guardians of Peace, started making demands. These demands, and threats of releasing more of Channing Tatum's amazing emails to Sony executives, were followed by real-life threats of violence. At this point, the nation's largest movie theater chains pulled out from The Interview, and Sony was forced to cancel the release.

Or so we thought.

That cancellation, ordered on December 17th, was up in smoke by the 23rd. In that time, the FBI formally accused North Korea of the Sony Pictures hack, and President Obama said that the cancellation plan was a mistake from the start. Since then, North Korea's Internet access has been the victim of attack by an unknown party, and Sony has completed a near-complete course correction. Not only will Sony release The Interview on Video On Demand, but several hundred independent movie theaters are screening the film with the blessing of the distributor.

Since being released online and in theaters last week, The Interview has made close to $20 million - at least $15 million online, and another $2.8-plus million via the silver screen.

This all begs the question: If Sony and the theater chains had waited until after the FBI investigation had concluded, to reveal North Korea as the prime suspect, would they have cancelled the release? Physical threats of violence should always be taken seriously, but the odds of North Korea pulling off such a terror attack would be a factor from any sort of Monday morning quarterback position.

And that's not to say there aren't security experts out there who see the North Korea involvement as flimsy, including a recent investigation by the network security firm Norse. Its investigation points to zero North Korean involvement, but rather a former Sony Pictures employee who helped pull off an inside job.

Regardless of suspect, added patience could have helped avoid a wholly unnecessary quagmire for Sony, Hollywood, and the FBI.