Until he was fired for plagiarizing what was later revealed to be almost every review he ever wrote for video game and entertainment mega-site IGN, I had never heard of Filip Miucin.

Like many of you, I get my video game criticism from a variety of sources: some websites, some podcasts, some forums. Videos. Twitter. I had probably read one of Miucin's reviews prior to this month, but I couldn't have told you if he'd written it. And apparently IGN's editors suffered from the same dilemma.

For months, Miucin had been IGN's Nintendo reviewer. And for months he had been lifting his reviews wholly or in part from other sources. Some websites, some podcasts, some forums. Videos. Twitter. 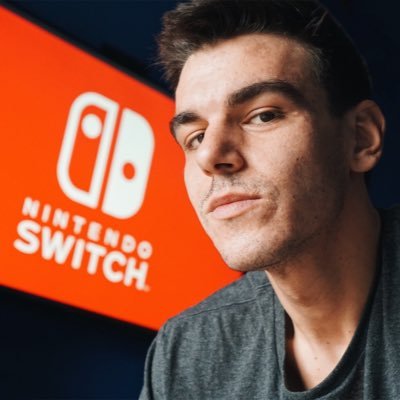 For his part, Miuciun had this to say:

"My review process isn't really that different from other reviewers that I've met while working as a professional in the games media," he said, in a video posted to YouTube. He went on to describe his process as researching everything he can find from other writers about the game he's reviewing so that he can write "the most cohesive possible review."

Which is to say that he believes writing a review of a thing requires knowing what other people have to say about that thing. And this, I think, is where one has to call bullshit. Because that isn't remotely close to the review process of other writers I've met while working as a professional in the games media. It's actually the exact opposite of most reviewers' process. Mine included.

Most reviewers I know don't go anywhere near other writers' opinions while writing a review, and not simply to avoid plagiarism. They do it so as to ensure their opinion is not influenced by anyone else's - that what you're reading when you read their review is as close as possible to their unfiltered impression. That it is, in other words, original.

If Miucin was truly reading every review and watching every video he could find about a thing before writing his own review, it actually is conceivable his thinking could be so influenced by what he'd read and seen that other people's words could come out of his mind. I often find that, if I read a particularly engaging writer, I tend to borrow phrases or tone for my next several articles. Not intentionally, it just happens. Like when my Texas accent gets thicker when I speak to my mom. But the sheer depth and breadth of Miucin's plagiarism belies the notion that his borrowing could be accidental.

Filip Miucin apparently plagiarized not just from other gaming sites, but from Wikipedia, NeoGAF, and even his own colleagues at IGN. Even his Linkedin resume is copy-pasted from someplace else.

What he was doing only came to light when YouTuber Boomstick Gaming noticed IGN's video review of Dead Cells, posted in August, mirrored his own review, posted in July. Boomstick Gaming compared his existing video review with IGN's, highlighting a number of similarities between the two. Beyond the repetition of certain buzzwords and phrases, the general framework of both reviews appears to be the same. The focus and wording of the reviews are so aligned that the YouTuber highlights multiple time codes where the two uncannily overlap.

Brian Altano, a video producer for IGN, wonders why, given that theirs is a job of enthusiasm and passion, a video game writer would feel the need to hand in someone else's work as if it were a book report.

"I've been at IGN for nine years, and the idea of somebody faking [that passion] but still wanting to work there is completely foreign to me," Altano wrote on Twitter.

IGN's plagiarism scandal is having a ripple effect throughout games journalism. Like Altano, many video game writers, PR reps, developers, and fans have been wondering why. Why fake it? Why steal from, of all people, fans?

Three days after Miucin was fired, he posted a video stating the Dead Cells plagiarism was "not at all intentional." He also encouraged Kotaku to "keep looking" after he disagreed with their publication of the supposed Fifa 18 plagiarism claim. He claimed Kotaku was trying to "get clicks" off his name. The video has since been deleted but mirrors continue to be posted to YouTube.

The challenge to Kotaku to "keep looking" for examples of his plagiarism led to the discovery of many more articles which he appeared to plagiarize.

"FYI, we've seen enough now, both from the thread and our own searches, that we're taking down pretty much everything he did," IGN executive editor of reviews Dan Stapleton wrote on Twitter Tuesday. "It's a process, but you'll start seeing stuff come down tonight."

The one question very few people are asking, however, is "How?" How does a major website like IGN publish material that has been lifted in whole or in part for months without noticing?

While a single plagiarized article may slip through the editorial process from time to time, it's mind-boggling that Miucin thought he could get away with it for so long.

For the record, most video game websites don't have practices in place to stop plagiarism. In fact, many websites don't even place an editor between the writers writing copy and the website where readers read it. Given this general lack of oversight, it's little wonder someone finally took the great leap into not even bothering to write their own words. If it seems like I or others in the industry are piling on Miucin, I don't think that's the case. This is a major story in an industry frequently accused of "ethical" issues that mostly turn out to be nonsense, but this is an actual, huge journalistic ethics issue from a staffer at the biggest gaming site in the world, and it deserves to be treated as such.

Plagiarism is the single worst crime a professional writer can commit. It not only robs the original creators of those words, failing to credit them for the thought, reflection, and craft they put into writing them, but it deprives the community of a unique voice - whether the plagiarizing writer's own voice, or that of someone who could be filling their shoes instead. Miucin will have his name mostly dashed from IGN, and if there is a just universal force in the world, he will be deprived of further opportunities to harm this community.

The question then remains: What do we do to prevent this from happening again? At Escapist Magazine, my team and I will put as much care into ensuring the words printed on our pages are original as we will into ensuring they are good. But, as any editor who oversees freelance writers can attest, catching a word or phrase borrowed from some other writer can be tough. Especially since many writers genuinely borrow by accident, and many others write up their reviews or opinion pieces using PR leaflets as guides. With dozens of writers all drawing inspiration from - literally - the same source, it's inevitable many of those articles will sound the same.

My hope is this controversy gives the industry an opportunity for a good, long think about how we handle curation and editing. How much we owe it to the reader to ensure that our content is not only "fresh" but also worth printing. And that we can all become more well-versed in what we are writing and how, so that should any other writer ever again "pull a Miucin" we can spot the transgression before it becomes a profession.

To that end, I've issued you all a challenge. About 350 words of this 1,200-word essay have been plagiarized from other sources. If you can find them and identify from where I lifted them, post in the comments or @ me on Twitter (@russpitts). I'm not doing this to be glib, but to highlight the reality of writing and editing on the web. Unsurprisingly, it took me far longer to write my 900 or so original words, than to copy and paste the stolen 350. So there's not much doubt in my mind why someone would choose to do that surreptitiously. And if a reviewer at the largest games website in the world was doing it ... feel free to insert your own conclusion here.

To see this article with the plagiarized passages hyperlinked back to their sources, click here.