September 12 is apparently National Video Game Day, and GameStop is celebrating the occasion by raising money for Children's Miracle Network and the Make-A-Wish Foundation. They've set up a page on their website where you can donate $1, $5 or $10 and are also taking donations in stores, with PowerUp Rewards members receiving triple points for the money spent. Members can also donate their points or the trade-in value of games.

To build buzz for the campaign, GameStop has turned over control of its Twitter for the day to representatives of the charities and various gaming companies who are answering questions shared by users using the hashtag #GameStopGives. Aaron Greenberg, general manager of games marketing at Microsoft, kicked things off at 10am CST by announcing that Microsoft is donating $10,000 to the cause. Other appearances include Insomniac Games' creative director Bryan Intihar at 3pm and members of esports group Team Envy at 2 and 5pm.

"For one day only, gamers can connect with their favorite directors, developers, designers and players at the top video game and collectibles companies to benefit charity during the GameStop Gives Twitter-a-thon," GameStop vice president of merchandising Eric Bright said in a press release. "This is a truly unique opportunity to ask the questions you've always wanted to ask, plus donate to help put smiles on the faces of many kids in need."

GameStop is making its own $10,000 donation to the cause and donating up to $8,000 from online sales of the Xbox Adaptive Controller, which is built for players with limited mobility. Bandai Namco will also be making an unspecified contribution.

Other companies are finding less charitable ways to use the occasion on Twitter. The hashtag #NationalVideoGameDay is appearing on Tweets from Amazon, American Girl and Razer promoting video games and accessories while other accounts are using the occasion to plug everything from game-themed jewelry to quick meals and snacks. It is unclear whether proceeds from any of these follow-on campaigns will go to charity. 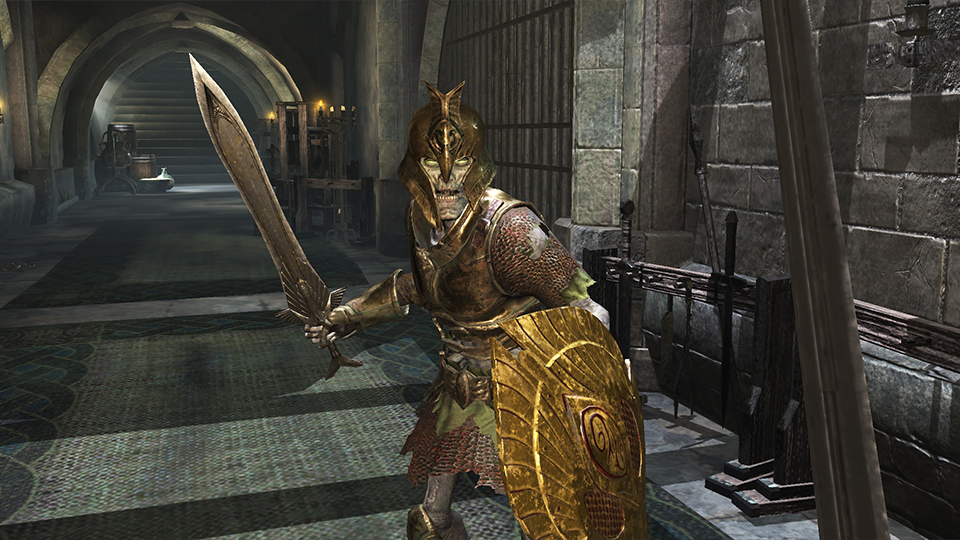 The phone will have a 6.5-inch screen and retail for over $1,000 when it goes on sale later this month. The game, called The Elder Scrolls: Blades was announced at E3 in June, and will be officially released "some time 2018." It is available for early access, and will be "free to play."

"Like the series is known for, it is a massive, first-person roleplaying game full of quests in an incredible world to explore," Howard in a presentation at the main stage in Apple's new "spaceship" campus.

Howard first showed a battle with a grisly skeleton deep in a dark (but much brighter, thanks to iPhone X Max's A-12 Bionic chip) dungeon, and a walk through a sun-dappled forest.

While a mobile game (free-to-play no less) might seem like a misfit for traditionally PC, single-player focused Bethesda, the move comes hot on the heels of an announcement from analytics firm EEDAR that almost half of all gamers play on mobile devices.

67% percent of Americans, or roughly 211 million people play games, according to the report. And a whopping 90% of the 5,000 people polled for the study played games on their smartphones or tablets.

"Over the past several years, mobile gamers have been a key segment for the games industry to target with marketing spend because of the sheer size and diversity of the audience, as well as the amount of time invested in gaming on this platform," said Dr. Heather Nofziger, head of consumer research at EEDAR.

This means Bethesda's move into mobile might not be purely aspirational. And combined with the rapid advancement of mobile tech, it might have been inevitable.

"Scenes like this used to only be possible in your living room on a high-end console," Howard said. "We can now do them on your phone."