Yesterday DC Comics announced a series of prequels for Watchmen, the ground-breaking 1980s mini-series by Alan Moore and Dave Gibbons. Hailed as one of the greatest graphic novels of all time, and included among the likes of The Grapes of Wrath and Catch-22 in Time's list of the greatest literature of the 20th century, Watchmen had a massive influence on me, both as a reader and a writer. As an exploration of the medium, and a commentary on superheroes and society, it has rarely been equaled. There are comics I like more, but none that I appreciate as much. Now DC is adding to the franchise with seven different prequel series, each handled by some of my favorite writers and artists, Joe Kubert, Darwyn Cooke, and J. Michael Straczynski, just to name a few. 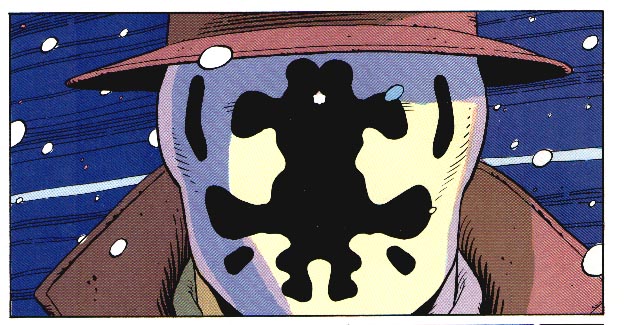 So, if I love the property and I love the folks who are handling the prequels, why am I so worried?
It's not that the talents of these artists can't live up to the background that I've imagined in my head, although after Star Wars, I think that's an understandable worry. It's not that Moore has predictably washed his hands of the whole affair or that Gibbons has stopped just short of doing so, saying only that he hopes the new teams "have the success they desire." No, what worries me is that the main content in the original Watchmen is effectively already a prequel.

You'll often hear fans claim the story in Watchmen is what makes it good, but they're just wrong. Even Dave Gibbons said that the murder mystery plot relies on a "gimmick" and is "of no great consequence." The first time you read it, you want to solve the mystery of who killed The Comedian. The second time you read it, you try to catch the clues you missed the first time. After that, the plot really doesn't have much to offer.

What brings fans back for a third reading is the way the story is told. While the main plot occupies just a few weeks' time, Moore and Gibbons use a wide range of inventive, non-linear story-telling techniques to explore forty years of the characters' backgrounds and alternate reality. Sometimes it's through a symbol, or a background detail. It wasn't until I had read it a few times that I began to understand the point of the man-on-the-street perspective at the newspaper stand or the moral resonance the Tales of the Black Freighter has with the modern day vigilante, for instance. Other times it's the memories of the characters themselves, or their recollections of each other, that make the story interesting long after you know all the twists and turns of the plot. In a certain sense, the background and foreground of this story switch places, and the present day becomes just a framework to explore how these characters came to be the way they are.

You might be only superficially interested in The Comedian's murder on page one, but you don't really start caring until you learn more about his history and begin to form real -- and often conflicting -- opinions about him. Even here, what might be a straightforward exercise in flashbacks and exposition is handled in a very original way. Since The Comedian is dead at the start of the story, you learn about him only through other people's recollections, and come to realize just how much their own personal opinions influence what you think about him. The same is true of the series' central character, Rorschach, whose complex motivations are revealed not just through a series of creepy diary entries, but by having the character undergo a literal psychological analysis during the story. What's happening in the characters' present is just a means to reveal their whole biography.

Even Zach Snyder understood it's the way that Watchmen is told that makes it unique and he did a great job adapting those storytelling devices to the medium of film. While the tone was disastrously out of step with the source material, the flashbacks and voice-overs, and the resonance that the characters' past had with their present, preserved the obsession with the past that makes Watchmen one of comic's most enduring and inspiring series.

As if that didn't make separate prequels redundant enough, the prequel material within the original series unravels the main mystery behind each of the characters. We already know why Nite-Owl and Ozymandias are the people that they are, so what's left to do in supplementary prequels but show them going through the motions of punching criminals? I'm trusting that the artists behind the new series will offer a few surprises, but if the most important chapter in each of these heroes' lives have been told, how can anything else help but suffer in comparison?

I'll be watching and hoping it succeeds, but it's hard to see how it's not just an attempt to make a few bucks and keep the characters, who were themselves specifically designed to be disposable, in the public eye. Co-publishers Dan DiDio and Jim Lee even admit as much, saying, "It's our responsibility ... to find ways to keep all of our characters relevant." The problem is that the original 12-issue run mined all the relevance out of these characters 25 years ago and Moore and Gibbons roundly rejected pitches for other prequels from DC in the wake of the series' original success strictly on the basis that the added stories had nowhere else to go.

I hope they're wrong. I worry they're not.