PAX is, generally speaking, my favorite convention of the year. It's one of the only places you'll find that level of excitement and enthusiasm for our various geeky hobbies, and it extends beyond just the fans. The developers are often just as excited for a chance to interact with the community, and others within the indie dev scene. I got to chat with a multitude of indie devs about not just their games, but about the scene in general, and there was a common theme throughout the show: The quality of indie-developed games has spiked recently, nearly across the board.

My previous PAX coverage approach has been to schedule six or so appointments each day to check out games, with the expectation that two or three of them would make good articles. I got a bit more ambitious this year, and saw upwards of 35 games at the show, and encountered a serious problem. Nearly every single one of them was noteworthy in some way. The biggest challenge I have with PAX 2015 isn't finding things to write about, it's figuring out how to cover all of the incredible games I got to see. We seem to be past the fledgling stage of indie development, and the future looks incredibly bright for gaming.

There are a number of ideas floating around as to why this drastic quality spike is happening, but as with most things, it's not a single-factor situation, and there's merit to almost all of the theories. There are two in particular that I think hold the most water, though, and, in tandem, can account for the recent tidal wave of quality indie titles. 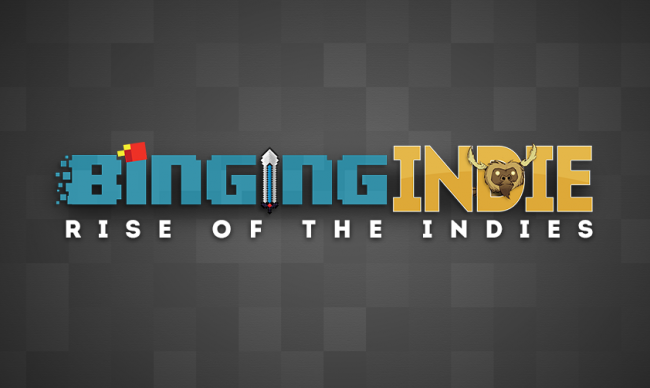 First is the democratization of game development. I spoke to Unity's then-CEO David Helgason at DICE a couple of years ago, and there was an eerie prescience to the conversation in hindsight. The accessibility of development tools and game engines - Unreal and Unity are almost household names at this point - had at that time created a glut of cheap, generic titles, hoping to get lucky rather than create a game experience that people would rally behind. Since then, it seems there's been a dramatic drop off of the cash-grab developers (or better filters on distribution platforms) making a noticeably higher density of quality titles, and leaving more room for the passion projects that mean something not just to the community, but to the developers themselves.

The second factor I've seen has been the trend towards cooperation among indie devs. AAA studios have dozens to hundreds of developers working in tandem, so crowdsourcing solutions to a tricky problem is feasible within the company, but indies often operate with tiny teams (often, it's even a one-person operation) which makes this kind of internal group effort unrealistic. There's a lot of value in being able to ask a colleague for an elegant solution to a coding/game mechanic problem, rather than cobbling together a sub-optimal solution yourself.

I spent a while chatting with Atul Mehra, Co-Founder of Spearhead Games, after my appointment to see Stories (I will be talking about it in the next week or so,) and one thing that stuck with me was his excitement about the progress of the indie development scene in Montreal, where the company is based. This was an informal chat, so I didn't take notes (an error, in hindsight), but he cited some incredible numbers. A few years ago, Montreal had only a handful of indie devs, where there are something like 150 now, if my memory serves. The number is daunting, but the prospects are good.

I even heard about an upcoming indie collaboration, where studios are banding together to form a guild of sorts. I'm still hoping to get more details once there's information available, but I love the idea of this spirit of cooperation among the indie development community, and hope to see great things come out of it. If it works like I hope it will, it could even put the studios involved into a competitive position even against larger developers. While each studio may independently only have a handful of devs, guild members would have access to dozens or hundreds of colleagues to bounce ideas off of, and help with crowdsourcing solutions or brainstorming ideas.

In my opinion, this year marks the crossing of a threshold for the indie development community. It's setting a high bar, but the innovations and excellence I've seen in just the past few months leaves little doubt that we're going to see great things from the indie scene. AAA is a business, but indies are often a passion. I'll never give up my AAA titles, but I think we'd be foolish to ignore where so much of the genuine innovation is happening in the industry: Indies.

We'll be back to talking games next week, and keep an eye on our continuing PAX coverage for a ridiculous number of delightful indie games!

If you're an indie developer and would like to share your experience or showcase a playable build of your game for consideration on The Escapist, please reach out at [email protected] with information! If you're an indie fanatic, and you've been playing something amazing recently, I'd love to hear about that, too!