Adventurezator: When Pigs Fly is a 3D point-and-click adventure game that's biggest selling point is its "sandbox" feature. The game is rendered in a charming, cartoonish facade, not dissimilar to the Overlord series. Despite this atmosphere, the game's humor is mature and makes several allusions to all pockets of Nerdom. Backed with humorous cutscenes and very impressive voice acting for an indie game, the laughs just seem to keep coming throughout the experience. 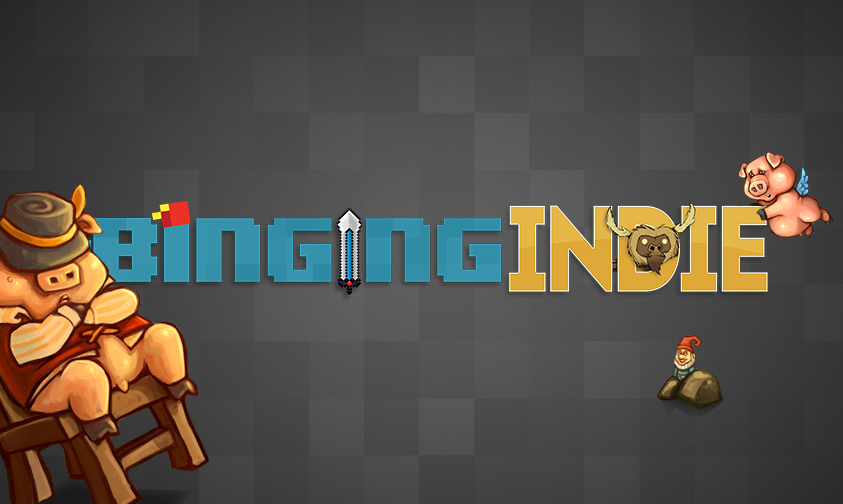 The main plot of the game's campaign is centered on a faux potion seller turned talking pig, a "cursed" garden gnome, and their friend, Sir Isaac Newton. Throughout the campaign, the player takes control of these characters doing the regular "pick up items; take them here" objectives, although with the occasional Runescape-style battle to break up the monotony, the game feels like one long fetch quest. Due to the small levels of the game, figuring puzzles out and finding the correct items is never too difficult, unless the game decides not to cooperate. Often, I felt like certain solutions (placing a bomb outside a cracked wall) would work, although in the end, the game simply would not let me drop the bomb once I picked it up. Despite these little hitches, the puzzles and levels, although not intricate, are quite fun to complete and often funny at times. There are also several objectives that let you play alternate timelines, should you discover how to get the specific "ending" for that level. While the alternate objectives are fun, the campaign will only last most players around 4-6 hours.

The visuals seem to be great, but I found that on my MacBook Pro, the textures on characters simply would not load correctly and left all characters and NPCs with this fuzzy haze of texture rather than a fully rendered face. This is probably a system error, as these faces can be changed by the player by uploading images, leaving a lot of complicated code composing these faces. This was only rarely outside the faces though, so it was not a huge hang up while playing.

Now, to the real meat of Adventurezator: the sandbox. This feature allows players to craft their own characters, levels, cutscenes, and even campaigns. Packed with tons of prefabs, players of any expertise can dive right in and create their own game from scratch with little-to-no tutorial. The main campaign of the game was actually built using this tool!

The cutscene creator works very similar to most video editors and allows players to import pictures and sounds from their computers to add to whatever exists on the system already. This leads to limitless customization for cutscenes (they even included a South park movement option!).

The character creator is very similar to other games, although this one lets players import their own images and other features into the game, enabling them to have the freedom to make the characters they truly want to play as (within the limitations of the game's animated aesthetic, that is).

The campaign creator operates as a map, just like the level select screen for the main campaign, where players take their levels, characters, and cutscenes and place them in whatever way tells the story they want to tell. This leads into my last subject, the level creator.

The level creator is not unlike other level creators before it, such as the Tony Hawk Pro Skater level editor, or Halo's forge feature. Players drag and drop various items, instances, and characters into the level. This feature is probably the most fun to play around with, as it's easy to pick up and just start creating. My only concern for the level editor is that the scope of the game is small, so the level creation must also be so.

This draws me to another point. Many of these systems are fun and easy to use, features often put into children's games. Alongside the silly atmosphere, I think many parents may let their kids play this game unaware of the crude humor beneath it. This makes it hard to determine what the game's target audience is, but, as an adult, at least it has a fun level editor and outrageous laughs. I'm actually excited to see if a community is built around this game and I will be returning to see what kind of campaigns people end up building. Although there are a few hiccups within the game, this being version 1.0.0, there's probably more to see from Pigasus in this game. In all, Adventurezator: When Pigs Fly is an amusing adventure game with a sandbox element that is fun and easy to use for any skill level.