Editor's Note: The crash bug mentioned in the article has been addressed, and Grimm Bros says they continue to update the game to address issues.

Dragon Fin Soup is the very first video game title from the nascent indie development team Grimm Bros. Back in April of last year, the turn-based RPG received the Kickstarter treatment and was successfully funded by over 4,000 backers. The game largely revolves around an alcohol-addled amnesiac, Red Robin. While our heroine's appearance is clearly inspired by the European folktale Little Red Riding Hood, her personality, thankfully, isn't quite as innocent.

The game begins in Red Robin's tortured mind. We traverse a poorly lit woodland, in pursuit of a mysterious, hooded man. After dispatching a few enemy units, Red confronts her true nemesis. A brief bit of exposition tells the player most of what they need to know about Red's motivations. To wit: baddy slaughters girl's family and burns down family home, girl seeks vengeance. 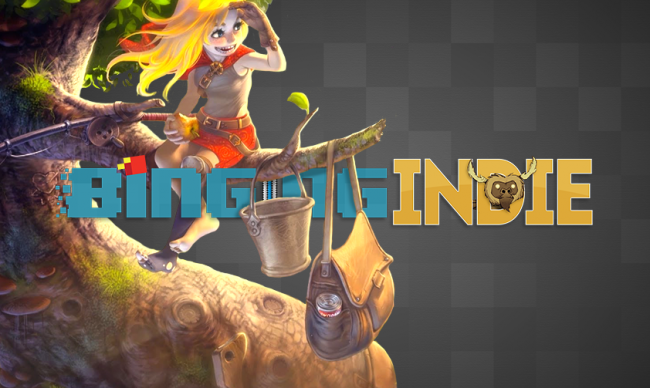 With minimal effort, our cackling adversary cuts us down, awakening Red from her slumber. In the land of the living, we establish that Red Robin's dreams are connected to her tumultuous past and allude to a greater mystery. Only, an unfortunate case of retrograde amnesia stops her from fully recalling the fate that befell her family.

By day, Red works as a bounty hunter, fulfilling missions for whomever is willing to cough up the cash. Our "handler" is a Merlenheim tavern-owner, called Jin. Serving as a surrogate father of sorts, Jin is not only a mission-giver but also a source of counsel. Donning her red cape/cloak combo, Red Robin sets about putting the world of Asura to rights; all the while, she desperately tries to recover her lost memories.

Much like Terry Pratchett's Discworld - minus the four behemoth-sized elephants - Asura's lands rest on the back of a planet-sized turtle that swims through space. From the map view, it's a truly beautiful landscape to behold, steeped in flourishing woodlands, scorching deserts and snow-capped mountains. This aesthetic quality is maintained throughout the game.

Jin, among others, orders Red Robin to complete a series of objectives throughout Asura. The missions can range from ridding an entire area of monsters to freeing young children from the clutches of mad witches. Most of the missions are "fetch quests" of some sort, interspersed with a few escort missions and a bit of crafting.

Dragon Fin Soup is a turn-based strategy. Each move the player makes gives enemy units a chance to respond. Thankfully, it's not as slow and laborious as it sounds. Once you get a hang of the game's rhythm and controls, combat is fast-paced and frenetic. Taking down your adversaries with a mix of magic, bombs, gunplay, and melee combat is a genuine pleasure.

As you might expect, Asura is a pretty hostile place, filled with a smorgasbord of fairy tale-inspired nasties. Ghouls, vampires, werewolves, witches, ogres and amorphous blob monsters are all the order of the day. On their own, these enemies are relatively easy to kill. When presented with large swathes of enemies, however, Red can quickly find herself surrounded or flanked. Here, strategy is key.

Since the game is turn-based, and there are no time limits for each move, the player is given the option to think carefully about their positioning and the most effective type of offensive strike. As the game's difficulty ramps up, senseless button mashing won't cut the mustard. Instead, a more measured and cautious approach is required, particularly when engaging larger waves of enemies.

A lot of players have already taken to Steam's review section to complain about the game's difficulty. Undoubtedly, there's a steep learning curve, but this can be overcome by adhering to a basic strategy: Save frequently; don't get flanked; use the environmental traps to your advantage; loot absolutely everything; learn your foe's tactics; combine ranged attacks with melee; and peruse the title menu's "Read or Die" section.

Unfortunately, the controls are very temperamental. For rapid movement and combat, a controller is superior. However, the keyboard was better for making precise horizontal (A, D), vertical (W, S) and diagonal movements (Q, E, Z, C). But the mouse is the quickest way to craft, sort through your inventory, and navigate the bloated menu system. While mixing and matching these inputs makes the game easier to control, the constant switching makes for a tedious experience. However, using only one type of controller means you will either sacrifice on fluidity of combat or inventory management. Simply put: there is no "ideal" input to control the game.

Red Robin's journey is punctuated by a lot of side missions. An arbitrary number of these missions have to be completed in between each story quest. In theory, this doesn't sound so terrible; in practice, it truly is.

Following the eight-hour mark, I found myself performing the same side missions over and over again. Even the dialogue for these quests is regurgitated verbatim, with the location names simply switched around. These missions are an unnecessary imposition and don't add anything to the game.

Fetch quests, in particular, were very frustrating. Items are randomly scattered around large, procedurally-generated areas. A lot of the time, the desired items are hidden behind walls or trees, leading to a lot of aimless rummaging and backtracking. The drudgery of the side missions is only compounded by the scarcity of some of the crafting materials, which players are forced to hunt down.

Around the 27-hour mark, my playthrough with Dragon Fin Soup came to an abrupt end. Speaking to one of the NPCs in the rebel hideout - to trigger yet another side quest - resulted in the game repeatedly crashing. After searching for a fix for two fruitless hours, I threw in the towel.

The support section of the Dragon Fin Soup forums has plenty of threads about game crashes and bugs. The developers had previously released v1.02 of the game; this was the version I had played the bulk of my playthrough on. Unfortunately, after waiting several days to patch the game to v1.03, the bug persisted. With further updates planned, a fix for these issues could be imminent. However, as it currently stands, you could end up facing an unfixable, game-ending crash.

Editor's Note: Since this article was written, the crash problem mentioned here has been addressed, and Grimm Bros says they continue to update the game to address issues.

Despite the problems, there is light at the end of the tunnel. The combat is addictive, the visuals are charming and Red Robin's character is entertaining and likable. Special mention must also go to Jade Leamcharaskul, who worked on composing Dragon Fin Soup's amazing soundtrack; the original score's light-hearted touch gels perfectly with the game's sense of adventure. Putting aside the repetitive side missions, the single player campaign gives players a decent amount of content: puzzles, mini-games, Easter eggs, unlockable areas and hidden passages.

Dragon Fin Soup's replay factor is further enhanced through the addition of Survival and Endless Labyrinth modes. Endless Labyrinth tasks the player with moving through a series of increasingly perilous mazes, just to see how far they can get. Survival mode, meanwhile, dumps you into a procedurally-generated forest and hurls waves of enemies your way. Both modes use permadeath, and will likely appeal to diehard fans of roguelikes. These extra gameplay modes eke out the most addictive qualities of the single player combat and are a welcome addition to an already-lengthy game.

All in all, bugs, dodgy controls and an overreliance on side missions detract from an otherwise great game that features addictive combat mechanics and gorgeous visuals. If you have a time to spare and patience to make it through the grind, Dragon Fin Soup will offer experienced roguelike fans a rewarding experience. If you decide to buy the game, though, it might be worth waiting for all the bugs to get patched out.