Love it or hate it, MetaCritic is an enduring presence in video games. Whether it's a gamer hoping the next Assassin's Creed is good enough to buy or a game designer looking for the commonalities among games that do well, it's become a tool to a lot of us. Like most tools, however, it has potential for misuse, which we've all heard of in terms of dev teams' bonus checks being dependent on a positive MetaCritic score. I am by no means suggesting that the problem lies with the site itself. To appropriate a common saying, "MetaCritic doesn't fire devs, people misusing MetaCritic fire devs."

Whether by design or happenstance, MetaCritic caters more to game companies than gamers, which Matthew Enthoven and the OpenCritic team saw as a problem with a solution. In 2014, they set about making that solution a reality, and OpenCritic was born. OpenCritic(OC) doesn't seem to have the same objectives as MetaCritic(MC), rolling out a steady stream of user-oriented features. Whether you only trust one site, or you trust all but one site, the "Trusted Site" filter customizes your experience and modifies the information you see. 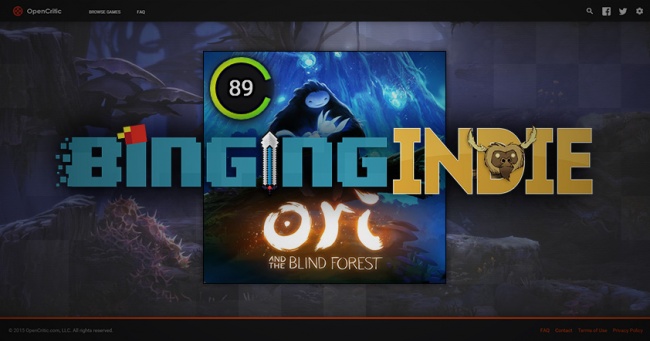 If you like a particular reviewer, the Critic Pages give you an overview of everything they've ever reviewed. Likewise, if you're looking for a reviewer you can count on, just scan a critic's list of game reviews and scores, and you'll know in an instant whether your tastes line up. These pages, as well as the Outlet pages offer bits of information you'll be hard pressed to find anywhere, such as how far from the average score a certain reviewer tends to rate games. I skew high, since I tend to focus on reviewing games I hope to love, while others who review more unknown titles may average much lower. Outlets have similar detail available, which makes creating your list of trusted sites much simpler a task.

Beyond the spectacular feature list, OpenCritic puts a heavy emphasis on transparency. Just about anything you want to know about how the site works, what reviews are considered, how they're weighted, and so on is available on site or through a contact form. Transparency has a lot of value in a lot of situations, but if you're trying to analyze data, knowing how it was derived is critical, and OC gives you the information you need.

OpenCritic is a passion project for the team, which consists of a gaming group with years of experience in mods, datamining, and bots. They know games, they know gamers, and they know where there is the most room for improvement. While OC may not be able to fix all of the problems, it does offer a more gamer-friendly choice, and sometimes an option is all you need.

The site is ad free, so I don't feel bad telling you to go check it out. Not everybody will care, but I'm confident that those who do care will love what they see. There's a Patreon as well, which looks to be focused on keeping ads off the site, which I think we can all appreciate.