Epistory - Typing Chronicles is far from your typical gaming experience, but, despite the absolute simplicity of the gameplay, the serene beauty of its origami world offers an experience as rich and robust as any. People respond differently to news like we got this week about The Escapist. Some respond to unpleasantness with anger, and I'm no exception in many cases. When that's the case, I fall back on Call of Duty zombies, or whatever high-intensity bullet hell I can find. This was not an anger week, though. It's been, for me at least, a week of quiet introspection. If you've ever practiced meditation, you may have used a focus, which is what Epistory turned into for me this week. 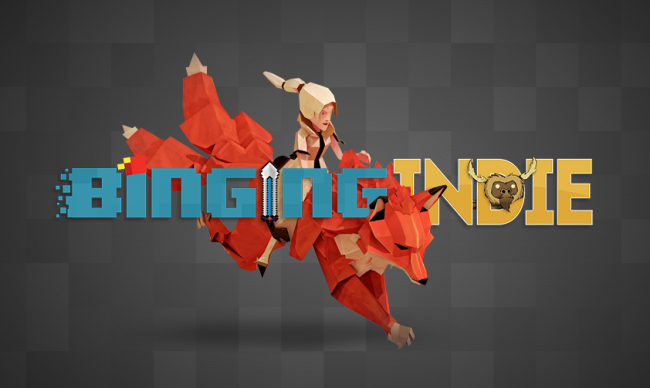 In fact, if I had to describe Epistory in just two words, I think "guided meditation" would be most apt. Many of us these days rest as comfortably with our hands on a keyboard as any other way, and Epistory eschews the mouse entirely. With your hands resting on a keyboard, and no reason in the world to want to hurry, Epistory has an immediate calming effect. Once you get into the game world, it becomes something more.

Riding on the back of a folded-paper fox, the gorgeous vision of Epistory literally unfolds before you. The world at first is the void at the beginning of creation. There is nothing, only empty, vacuous space. As your fox carries you, step by step, a path begins to appear before you, spontaneously created - as the Big Bang spontaneously created all of time and space - from the most basic building blocks of this world; scraps of paper. As you explore, the environment will be revealed around you, each tile forming from a blank paper square, colored and shaped for its own unique place in the world.

Epistory is almost entirely devoid of urgency. You can run if you want, but I find that I rarely do. Astride my fox companion, I long to take it all in moreso than see what's next. What's here and now is made to feel important, which is something I find we all lose sight of in our everyday lives. Even the combat, a steady stream of insects marching inexorably towards you, is a calming experience, at least for those with muscle memory for typing. Where you'll want to take in the details of the world you're creating around you, zoning out completely is combat's greatest feature. Erasing conscious thought from your mind, seeing nothing except the familiar text of letters and words, comforting in their normalcy, and grounding you with the constants of reality makes acceptance of the uncertainty of existence - we are not, it turns out, always the decision makers for our own lives - a cosmic inevitability rather than an arduous endeavor.

The narrator, however, may be the most important part of the game. She is the glue that binds Epistory's elements into the cohesive experience. The script itself has an air of enlightenment about it, but the importance of the words are overshadowed by the voice narrating them. Her soft tone and gentle cadence carry you away to the farthest reaches of your mind, like a lullaby guides a child into dreams. What she says is important, but as a tool for seeking respite from the turbulent maelstrom of life, how she says it is more than important; it's perfect.