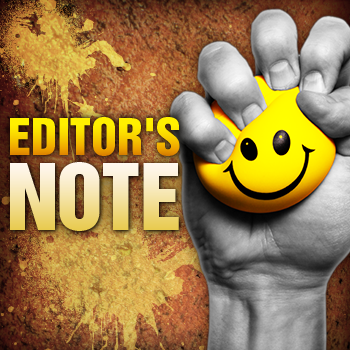 Zombies. It's always goddamn zombies. Why do videogames and videogamers have such fondness for the undead? I'll tell you why: guilt.

There's no way around the fact that most games, at some level, are about combat. Sure there are games about stacking things, jumping over things, dancing about things and playing guitars, but the state of war is the most stimulating feeling any human will ever experience and, as such, is perfect fodder for a medium devoted to living out visceral fantasies.

Therefore: shooting. It's not only the most popular videogaming genre, but the most popular videogaming action, second only, perhaps, to jumping. A videogame in which someone doesn't shoot something is about as rare as a winter rose, but usually less wonderful. See: the odd, but fascinating MMO by Danish developer Runestone called Seed. There was no violence in Seed. That's not to say there wasn't any conflict, rather that players resolved their differences using the democratic process. Seed was launched in May of 2006. Four months later, Runestone filed for bankruptcy. Shocking, I know.

There's a lot we can learn from the story of Seed, aside from the fact that games without combat will probably fail. Foremost among them being that there are as many kooky game ideas out there as stars in the sky, and that one kooky idea people keep coming back to over and over is that one mustn't necessarily be a bloodthirsty lunatic in order to enjoy playing games - but it helps.

All entertainment is escapist at its core. We have lives. We live those lives. Through the course of doing so, our ambitions may be thwarted, our dreams may be stunted or stillborn and our conflicts irresolvable. Would it be easier to settle up with the asshole who stole your lover by unloading on him with a shotgun? Sure, if by "easier" you mean "solve the problem of not being in jail."

In our daily lives, we live by rules. Most of the rules we live by are great and wonderful and establish a bubble of civility within which we can walk to the store without fearing for our lives. In everywhere but Alaska and some places in Eastern Europe, the first rule is: Do not kill people. Makes sense. It's a good rule. A solid rule. We wouldn't want it to be done to us, therefore, we shouldn't do it to others. Got it. And yet ...

So we game. We play Cowboys and Indians as children. We shoot each other with guns firing balls of paint. Or we log on to online game servers and run around like morons unloading on each other with machine guns and rocket launchers. You shoot me in the game, I fall down, and then get back up 12 seconds later, laughing. We are killing each other and having a good time. All is good.

Here's the thing though - did you ever notice how the prevalence of zombies in videogames has mirrored videogames' increase in graphical realism? There is no shortage of videogames in which you will play as a superhuman soldier mowing down fields of "the enemy," but who are these enemies? They are either intractably evil, vaguely human, ambiguously foreign or zombies. Because even in games, the extent to which we will tolerate seeing our fellow man decapitated by buckshot has limits.

Take one of the latest (and most violent) games: Bulletstorm. Bulletstorm is so violent that ultra-violence is the entire point. You earn points by ruining your foes in new and interesting ways. You earn points for killing creatively. The game crosses way over the line from merely suggesting violence to worshipping it. Yet by the game's end you will not feel murderous, you will feel vindicated, because the enemies to whom you are putting the gun are de-humanized by the game's developers as strenuously as they are eviscerated by your guns.

The enemies in Bulletstorm are members of various, rival gangs, says the game. But they are also barely human, it pleads. Gone crazy from having been abandoned on this remote planet, see. Because, before they were abandoned, they were prisoners who revolted against society (including society's rules, especially the one about killing). After that they were irradiated, okay? "What happened then?" the game asks. Well, they were changed into ... well, a kind of zombie.

Point being, it's okay to take such glee in killing them because they are irrevocably not like us. They are inhuman-irradiated-gangbanger-convict-zombies. And some of them wear human skin for clothing. Lock and load!

Wherefore, then, the zombie? Because shooting anything else is a crime. Perhaps not in the literal sense, since we are talking about videogames here, but in the sense that even in videogames, we are still, at the analog end of the controller, human. To paraphrase Kurt Cobain, it's OK to kill zombies because they don't have any feelings. And when we're killing them, neither do we.