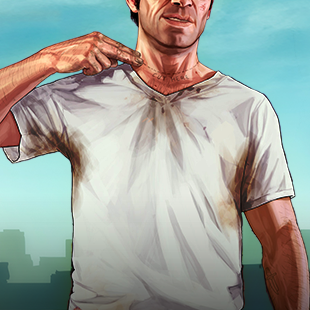 While Grand Theft Auto V was in development, Rockstar Games made a lot of claims about how much attention to detail they were emphasizing, how they recruited actual gang members for authenticity, and the sheer volume of voice acting put in. With the game released, it's clear that, despite any reservations that some may have about the writing, a lot of work went into getting those words into the game. Aleksei Archer is an LA-based voice actor who loves her job - she has a successful YouTube channel - and has done a bit of work with videogames in the past. This Gears of War commercial, for example. "That shoot was insane," she said, "we were sitting under a 10,000 Watt light that was attached to a crane plus it was sunny, 90 degrees, mid day in the valley, and we had to stare into the lens of this Phantom camera as it flew by."

When Aleksei got the gig doing work for GTA V, she didn't even know quite who she was working for. "The whole job was mysterious, which made it all the more exhilarating. I was given a time and place and great pay." The environment, she said, was great, "from the receptionist who gave me breakfast to the behind-the-scenes team. Everyone was super sweet, respectful towards me as talent and gave me great concise direction. They clearly know exactly what they want and that's why they have such a successful product."

"Everyone was great, especially my director, Lazlow. When I first arrived he gave me a photo of my avatar and some info on my character. She was a badass inner city lesbian from LA. I was pumped to say the least." Recording at Rockstar is a very creative environment, as one might suspect, but the amount of freedom may surprise some who know that the developer prizes their vision above all else. "Lazlow gave me great direction and freedom to play around; we had a blast and finalized the creation of an awesome 3 dimensional character together." Not that there wasn't a lot of direction for what was otherwise a collaborative experience. Aleksei got a very detailed description, picture, and script, but she was allowed freedom to grow and influence who the character was. "The combo of having space to play and clicking with the character is always my recipe for magic and that's what we got."

Aleksei seemed to like her character, noting that Rockstar was definitely aiming for realism. "They wanted an authentic sound of a strong and intimidating woman who was not trying to be messed with. If I were passing by her in my car and I heard some of the things my character was yelling, I would definitely try to drive away as fast as I could." I asked her what the most outrageous line she had to record was, and it was definitely a trademark GTA moment: "At some point I get extremely upset and go off about how I can't wait to eat my Mexican girlfriend's pussy when she gets out of jail." 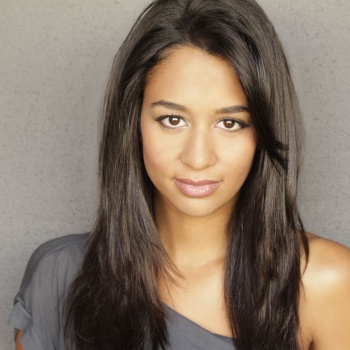 I asked her what it was like to work in a cast with no female leads, and whether she thought a female would have worked for any of the lead characters. She told me that, at the time, she didn't know there wasn't a female lead, but that she thought it was "really cool that I get to represent for females and lesbians in this game." She also emphasized that a female lead would definitely work in GTA, saying that "I think everyone likes to see a woman in action roles, I would love to develop an agile, athletic, hot female character for a game like this who loves to kick ass and steal cars."

She recorded in LA in December 2012, but only knew she had been working with Rockstar - she didn't know what game she was on. "I'm very curious," she said, "so I kept contacting Rockstar to find out the name of the project." No dice, though. "I couldn't get a straight answer." So she turned to a bit of detective work, checking the dates on her Nondisclosure agreement against possible release dates. "When I found out [GTA V] was coming out on September 17th and that it was Rockstar, I put two and two together. I was super stoked to say the least."

I asked her if GTA's history was a concern. After all, it might have been surprising or upsetting to be suddenly associated with the media's favorite violent game whipping child. "No, not at all," she said. "I love the grit of humanity and finding the depth and the comedy in it." Not to mention the artistry of the final product, "I totally respect the field and admire the incredible work and diligence that goes into the creation of a game of this magnitude."

Aleksei Archer is an Actress, Comedienne, and Singer whose Youtube channel consists of high production topical spoofs, parodies, and sketches primarily about popular culture. She writes, produces, and stars in all her videos with the intent to put out high quality digital content while conveying a social message. She's also on twitter.