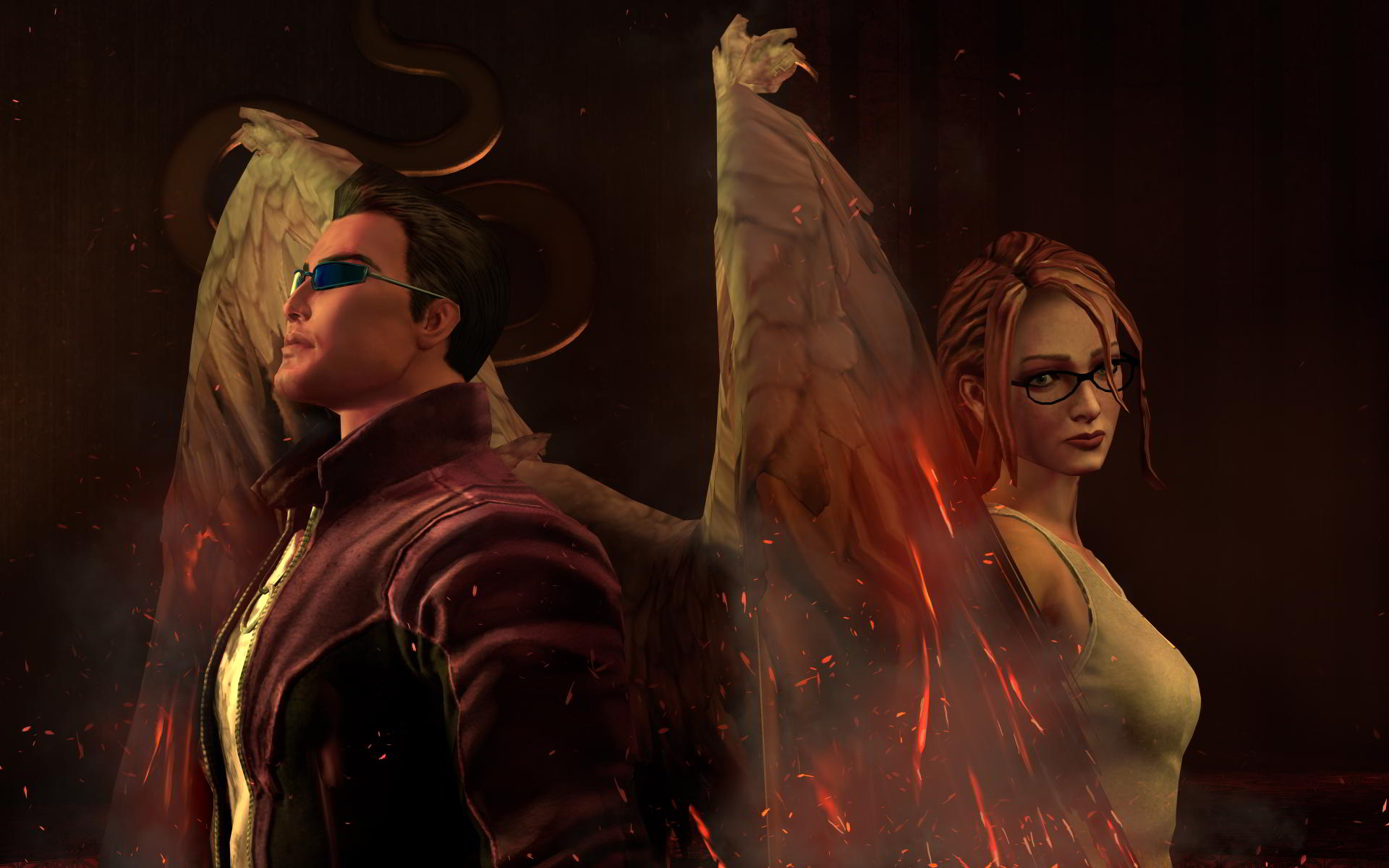 Gat Out of Hell continues the tradition of allowing the player to experiment in an open world environment without the stigma of simulating violence on real representations of people. "Johnny Gat, the sociopathic killing machine, of course you don't feel bad killing anybody because you're in Hell," he said. "It's okay for you to go and create chaos. It's okay for you to go and pick a fight with whomever you want because at the end of the day Johnny Gat is fighting the devil. Fighting the fucking devil. All those things help reinforce this vibe and provide more clarity of purpose of what we're doing. We want people to go and have fun the whole time and in the beginning we weren't clear enough in our intention to be fun."

Did you ever want to start over? Ditch the whole pretext of the 3rd Street Saints and just make a science-fiction or fantasy game? "It's one of those things where when you start over there's great opportunity for you to go and reimagine things," he admitted. "Of course the trick when you do that is how you reimagine things in such a way that they're fresh and different but speaks to the essence of what made it work. Wwho doesn't think 'Oh if I could go and do it again, if I could do it again differently.' That's a natural part of making anything."

Gat Out of Hell provides the chance for the writers to reimagine or revisit character arcs that might have been unsatisfying in previous Saints Row games. Jaros said that you'll meet a lot of familiar faces in Hell, and maybe get some closure or resolution the original stories didn't provide. "There are lots of little things that I think are pretty fun for fans," he said. "We tried to go and bring back some characters that you've seen in the past, and tried to put some closure on some other things, put some fun homages [in]. [We tried to] really tie up a couple loose ends that are important to a lot of the fans who've been with the franchise from the beginning. One of the main characters who helps you on your journey is Dane Vogel, who is the main bad guy in Saints Row 2 so of course he went to Hell."

The chance to go back and revisit some older characters is something Jaros relishes, along with including a musical song and dance number with a fully orchestrated soundtrack. He said the willingness of new publisher Deep Silver to bankroll this wacky game isn't something you see in the industry very often. "I think it's pretty fucking awesome that we're able to make a game like this," Jaros said. "Deep Silver lets us go and say 'Okay we're going to make a game, and it's going to have a musical number and it's going to be set in hell and we're gonna have a bunch of homages to a game that came out six and eight years ago and we're going do all these little things,' and it's like 'Okay yeah that's cool, let's do it.' That they're really supportive of it is pretty incredible. It's a thing that you don't always see."

It's definitely a testament to the trust that Deep Silver has in the franchise. When THQ collapsed, and that company's studios went to auction, the German-based distributor and publisher Deep Silver swept in with little fanfare and snatched up Volition and all its IP, including Saints Row. I don't know if CEO Klemens Kundratitz knew he'd be bankrolling a fantastical adventure through Hell, but he sure knew he'd be grabbing a company that isn't afraid to bend genres to their breaking point. Based on everything I heard about it, I'm definitely looking forward to playing Gat Out of Hell, but I'm even more interested in where Jaros and Volition go next.