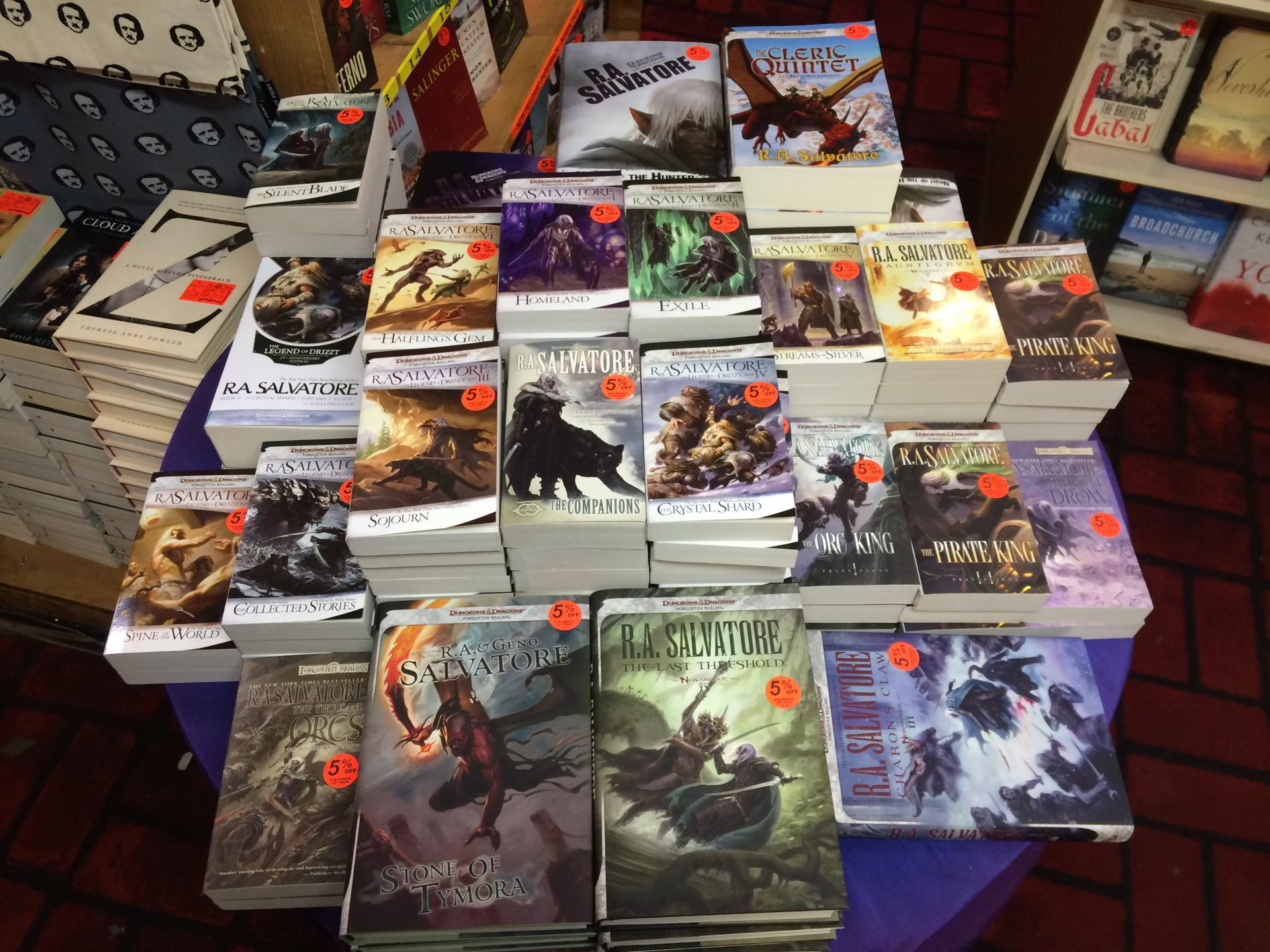 In part 1 and part 2 of our interview with author R.A. Salvatore, he talked about the collaboration between authors, game designers, and the marketing team at Wizards of the Coast, designing the DemonWars: Reformation tabletop RPG, and his views on the collapse of 38 Studios. Today, Salvatore opens up about the events that led to the deaths of some of his most beloved characters.

Spoiler Alert: Readers of Salvatore's Drizzt novels should not proceed unless they have read through 2013's The Companions.

Over 19 years and more than 20 books, Drizzt and his friends, known as the Companions of Mithral Hall, were inseparable. They fought wars, journeyed side by side into the unknown, and took on personal quests to absolve one another of pain and guilt.

Then, in the Transitions trilogy that began with 2007's The Orc King and concluded in 2009's The Ghost King, Salvatore did the unthinkable: two of the companions were killed in one fell swoop, leaving readers stunned. "I wanted to tear your heart out," he stated plainly. "When Drizzt woke up that morning and found [Cattie-brie] dead beside him... My goal was, I am going to make this hurt like it has never hurt before."

The opening salvo of the Transitions trilogy was the starring role given to Obould Many-Arrows, an orc chieftain who aspired to unite the clans under his banner and co-exist peacefully with elves, dwarves, and humans -- a very un-orc-like aspiration.

"One of the things that intrigues me about fantasy is that it is racist," Salvatore explained. "You're not talking about humans, so I guess you can get away with it. Orcs are supposed to be the embodiment of evil in fantasy. It started many years ago when I wrote the short story 'Dark Mirror,' where Drizzt runs into a goblin. He finds out the goblin is an escaped slave. The goblin seems like a great guy, and Drizzt wants to believe that, because he isn't what people expect from a dark elf." 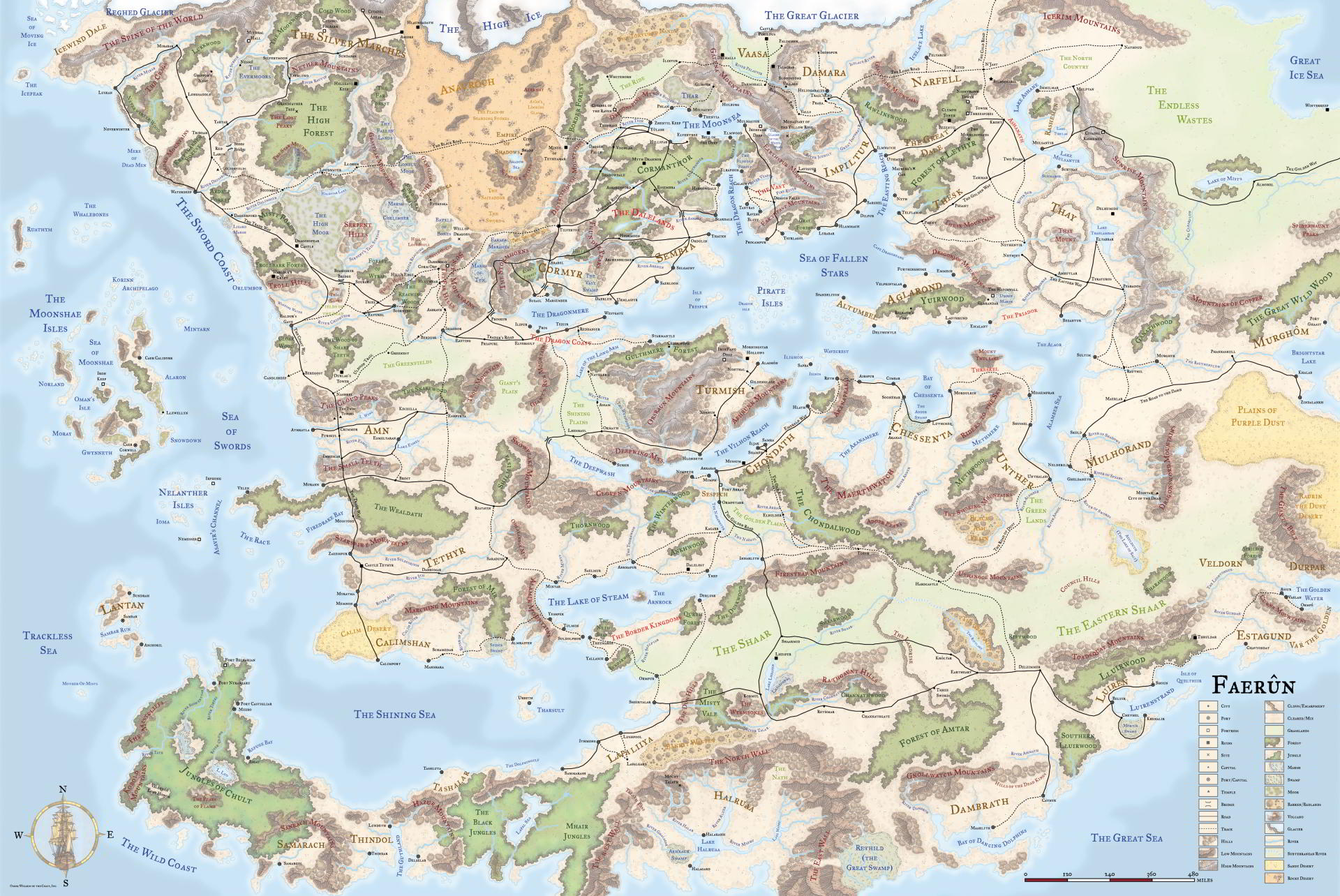 Salvatore hoped that his readers, like Drizzt, would be suspicious of Obould. Did he truly want to progress his people as a race? Or was Obould being played, used as a pawn by an orc god that needed a figurehead under which all orcs could rally and wreak havoc on the Realms?

"It's an interesting question because it comes from racial issues, the prejudices that people have, the cultural differences--but I'm always uncomfortable with it. In a way, fantasy does the same thing. Fantasy is a war without guilt. We have slanderous names for whoever we're fighting [during a war]. You dehumanize your enemy because that makes it easier to kill them. Fantasy does that to the ultimate level with orcs, goblins, trolls, and things like that. But there's been a movement in fantasy, because of computer games, to allow people to play as orcs [and other traditionally evil races]. Now people want to know: are orcs really bad?"

Providing answers to such topical questions is not Salvatore's job. Getting readers, and now gamers, to think raise the questions in the first place -- that's what he loves. "I don't have an answer for Obould's situation. I may never [have an answer]. But it's fun to explore."

More than Obould's time in the spotlight, fans remember Transitions for the deaths of Regis and Catti-brie, two of the companions that made up Drizzt's merry band. Salvatore was not the one who suggested that the companions be torn asunder. "Wizards advanced the Forgotten Realms 100 years. A 140-year-old woman won't fight very well. I didn't want to kill them. The story wasn't done. [Catti-brie] was going in an interesting direction, and I love the character of Regis. My hand was forced."