Ever wonder what game design secrets the Palm Pilot holds? We had the chance to sit down with Scott Corley, the guy heading up Wideload Shorts, Wideload's "casual" (though "casual" is a four-letter word in their offices) game design shop. He explained Wideload's design philosophy, as well as Shorts' unlikely beginnings. 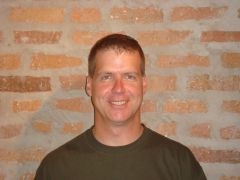 The Escapist: What's your background? What'd you do before joining Wideload?

Scott Corley: I started in the games industry back in '93, right before the dawn of PlayStation. I worked in the business doing console games and ran the software department for a company called High Voltage Software, which was right here in the Chicago area. I was one of the first people there and was basically responsible for growing their whole software division and turning it into a place that could develop games that went from Super Nintendo to PlayStation and Nintendo 64 titles.

In around 1999, we released a whole bunch of titles for a whole bunch of different platforms. That year we released three titles that were pretty good. We did a basketball game for Microsoft called Inside Drive; a game called LEGO Racers that came out on multiple platforms and sold a boatload of copies; and we did a little game called Paperboy 64. All three of those came out right around the same time, and I kinda looked at what I'd been doing; I was pretty exhausted. Anyone who's been around the industry long enough knows these projects get longer and longer and bigger and bigger, and I wasn't really having very much fun anymore. So I quit, and I didn't know what I was gonna do. At that point I started goofing around with my wife's Palm Pilot. I wrote a couple card games for it, put them on the internet and people started buying them. I sort of accidentally spent the next six years selling games on the Palm Pilot.

It sort of opened my eyes to the world outside the game industry. When you're inside and reading gaming blogs and playing console games and inside that little world, you forget that most of the planet is not in that world. I fell out of that world and got into this whole other world of these different customers who were really happy to have these games that were made for them.

So in 2006, I ran into Alex - I've known Alex Seropian [founder of Widelod] for a long time, back from my High Voltage Days, and we've kept in touch since then. I ran into him at an IGDA meeting here in Chicago, and we started talking about the different things we were doing. ... Between the two of us, we had grown into this sort of older gamer. We've got busy lives, we've got kids; we're not focused on these big, mega-hit games that seem to have a bigger time commitment. So we talked about combining all these things, plus the emergence of these downloadable game categories that were coming up, downloadable games on the consoles, and the idea of Wideload Shorts just shook out of that. It seemed like a perfect opportunity to do some cool games.