TE: Let's talk about Sweden. It's got to be a little jarring living in Beverly Hills where wealth is celebrated and flaunted, and then going to Sweden where modesty is very highly valued.

MP: Yeah that's Jantelagen [Note: in English it's Jante Law]. I feel like Jantelagen has been getting a little bit better and it's something we're weirdly proud of having in Sweden, so we talk it up more than it's there. But it's definitely part of society. If I were to have a chef come to my apartment [in Sweden] and cook food for me that would be really weird for me. I wouldn't want to do it. Whereas in Beverly Hills if you don't have a chef then it's kind of weird in the other direction. It's like the comment about me doing programming and then social stuff. 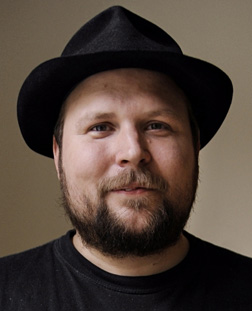 When I'm in Sweden I just want to do my programming. I wouldn't want anyone to come here and cook the food while I try to do my programming, because I need, like, my coding cave. When I'm in the States then I'm on a tourist visa so I'm not allowed to work on anything anyway. So it's kind of good for me because I have to go there and actually take vacations and do social stuff. I mean because the house is obviously some kind of weird trophy house, and LA is kind of a city that people go to in order to meet other people who want to go to LA for the same purpose. It's kind of like this convergence spot of seekers, or people who want to see the seekers.

It's also easier to do things in LA. In Sweden most people have 9 to 5 regular jobs all the week and then maybe on the weekends we can do stuff. So if I'm in a social mood and I try to spend that in Sweden it can be very frustrating since I don't really have anything I have to do every day. But in LA people I know like in the music industry, they have basically the opposite schedule and they're busy on the weekends.

TE: Do you think of yourself as if you are normal when you are in Sweden and different when you're in Beverly Hills?

MP: Yeah, early on I did. And that's probably around the time that I was writing that on Twitter about how weird the jarring change was and how weird it was to know where you belong and who's on the same page. That's probably when I started to begin to transition out of it. So now I feel normal in both places, but it's like different aspects of me. I've been fortunate that I've had this cycle throughout most of my life where I've had this introvert phase and extrovert phase, so it just plugged in there, after some adjustment.

TE: As an American it feels really weird to see Jante Law say, "you are not to think you are anyone special," because every American feels like we're special. So when you come to America do you feel conflicted?

MP: A little bit. But there's definitely some truth to it. Like I'm the type of person that if I know if there's a cleaner coming over I will do some pre-cleaning. If I'm having a chef come over and I know there's a high chance I might get a last minute lunch with someone, I'll pre-warn them so I don't let them down when I go to my lunch outside the house. But it's not because I feel like I don't belong or anything, it's more like part of the fun of having a Swedish heritage. It's kind of a fun minor cultural thing.

TE: Do you think any of your Twitter controversies are a result of the cultural differences?

"So that felt like I have, not a responsibility, but maybe an opportunity to help show that it's actually possible to have opinions on Twitter without making sacrifice."

MP: Most of the Twitter controversies have been because I genuinely don't understand if people have even thought what they're doing. Because I feel like most people want to reach the same goal, it's just some people choose ways that are obviously not very productive. And if you try to have a nuanced conversation on Twitter it's pretty much impossible. So I think I intentionally started getting more blunt. I saw this documentary "This is Phil Fish" which really helped me internalize the difference between me as a person and what the public idea of me as a person is, and when I got to the point where I realized I'm not going to start any more corporations and sell any more games - I mean I might sell a game at some point in the future but it's not my primary driving motive - then I kind of figured I really don't care what people think I am. Because I know what I am and no matter what people say online my friends know who I am, so I could just use [Twitter] as a really powerful soapbox.

TE: Now that you are fabulously wealthy and you've sold Minecraft do you feel a certain freedom? I can't say whatever I want on Twitter because I have to worry about what a publisher might think, but you seem to have this freedom that other people don't have.

MP: Yeah, to some degree. I think it's more about when I started saying things people contacted me in private, Like people who have careers, they would say "thank you for speaking out, we can't [publicly] support you." I had a few people also contact me in private and say, "hey I'm still your friend but you're kind of like an idiot." But the vast majority of people contacting me in private are agreeing with me. So that felt like I have, not a responsibility, but maybe an opportunity to help show that it's actually possible to have opinions on Twitter without making sacrifice.

TE: Some have criticized you on Twitter for a disproportionate response. They say you have a responsibility that, if someone with a few hundred followers calls you a dick, and then you retweet calling that person a cunt...

MP: Which by the way I had no idea was such a harsh word! I have an Australian friend I watch on Twitch a lot and he says cunt all the time. I mean I still stand by what I said, but I'd use the word "cunt" less. It's like one cunt is eight f-bombs or something.

TE: In America it's like the worst word you can say.

MP: The word itself is not the magical spell, it's because communication is about knowing or trusting that the listener is going to listen to you with the right intent. If you say the word "cunt" and you know it's offensive then you meant to be offensive when you say it. So you get this feedback loop of words that become more and more polarized. I don't curse a lot on Twitter. I used to curse a lot in real life, at least. I don't mind cursing, but it's so much more effective if you use it rarely. So I like the fact that there's a strong word like "cunt". So anyway, the disproportionate...

TE: Yeah, does your follower count - you have 3.8 million followers on Twitter - does it give you a responsibility that other people don't have?

MP: No, obviously not. My response to that is don't go slapping the bigger guy. This is part of a strategy to find ways to neuter me - not me specifically. I think this has been a trend going on the last couple of years, accusing people of like, "oh you sent your followers on me. You can't do that; I have 200 followers and you have 7 million." So that is just a one way conversation then, or what? I try not to call people out if they just sent a direct message to me unless I'm like really getting worked up or if I get basically trolled. If someone does a public dot-reply to me or something then they've started to bring it out to the public and then I have no problem doing the same thing back. Sometimes I feel like they're baiting me to do that so they can complain how I'm sending my big pile of followers on them.