TE: Do you have a favorite game right now that you're playing?

MP: Overwatch has been getting a little bit stale for me so I started playing GTA V again. They did this thing with peyote so you can become Bigfoot and then there's people on Reddit talking about the Mt. Chiliad mystery and they're trying to decode these conspiracy theories. So I'm like "oh shit this game is pretty deep actually." 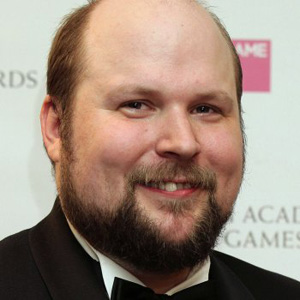 TE: Are you into cars at all?

MP: I got my driver's license like a year and a half ago, because I assumed that since I have money I should get a fancy car. Then after I got a driver's license I drove maybe a couple hours, maybe 8 at top. Then I realized I really don't like driving.

TE: You can just do your driving in GTA V.

MP: Yeah in GTA V you don't have to be stuck in traffic or do only right-hand turns and everything in Stockholm is one-way streets. In GTA V you can just get up on the center divider and just go for it because it's funny and ridiculous.

TE: Do you have a crew in GTA V? Have you done the heists?

MP: No. The heists weren't a thing when I first played it and we had a mostly smallish crew, mostly Mojang people. But when we got to the second or third heist you need more people and [when we picked up a public player] every single game we got paired with some other person who apparently worked for Polygon.

TE: Virtual Reality, is it a fad or the future?

MP: It is inevitably going to be the future. Now for the first time in my life it's good enough to actually use.

TE: Have you used all of the devices, the Vive and Oculus?

MP: I used the DK2 of the Oculus. I know they said they were going to send out the real versions to every kickstarter but I won't mind if they don't (laughs). Because Facebook scares the fucking shit out of me and I don't want virtual reality to be...

MP: Yeah, I don't want it monitoring my entire computer and sending it to Facebook. That to me is kind of creepy. And then when HTC did their thing, which is so much better. It's a little bit heavier, so it's a little clunkier on the head, but I would say the controllers are almost as big of a step as the headset. People just go and pick up the controllers and not even think about them being polygons because it's so intuitive. So it's pretty cool.

TE: Do you ever think about developing for VR?

MP: Yeah I did some experiments in Unity on the first version of Oculus, sort of like why do people get nauseau and those kinds of problems. Then I kind of wanted to wait for a better version to come out. The step from DK1 to DK2 was amazing. Then I kind of tried to stick to this one project I had but I started to play with WebVR, mostly because it's a little ridiculous. But it kind of just works. The API is so simple.

"I'm not sentimental all. I don't take a lot of pictures either. I'd rather just be in the moment."

TE: What about your PC? Do you build your own?

MP: No I stopped doing that maybe 10 or 15 years ago. I used to be real into it and I knew all the CPU's coming out and stuff every few years. Then after that I felt like I was more interested in the software than the hardware. I don't know exactly what's in my PC now because a friend of mine recommended me this PC building place and they do this personalizing to fit your requirements. So I was talking to them and I was just like, "yeah make it super blinged out so I can impress people with it" and they basically made me scale it back because you're just burning money for the sake of burning money now. It made me happy, so I have a personal, real nice computer.

TE: Are you a collector of anything?

MP: Not really. I do have some old pc games with the boxes just laying around because it feels cool to have them but I wouldn't say I'm a collector. I'm not sentimental all. I don't take a lot of pictures either. I'd rather just be in the moment. I never go and look at the pictures anyways. Apparently, though, I've read that people who take pictures of food think it tastes better.

MP: Yeah it's like when you have a good sommelier describing the wine. It's better because you build the expectation and the context and hype.

TE: Do you have any pets?

MP: No. I'm allergic to cats and dogs you have to walk around so much.

MP: Not really that I think I can affect at this angle. It'd be nice if people got more aware that famous people are actually individuals. They choose what they show and they're not actually that persona. I think it's perfectly fine to interact with someone as their persona, or your preconceived notions, that's perfectly fine. But when you start attacking people for stuff that's not even true, like calling me transphobic. Come on, I never said anything like that. You're just trying to make a statement online. So that would be nice if people were able to learn but I don't think that's really going to change.

TE: OK, thank you for your time, I hope you enjoyed it!

MP: Thank you very much! It was very fun, actually.