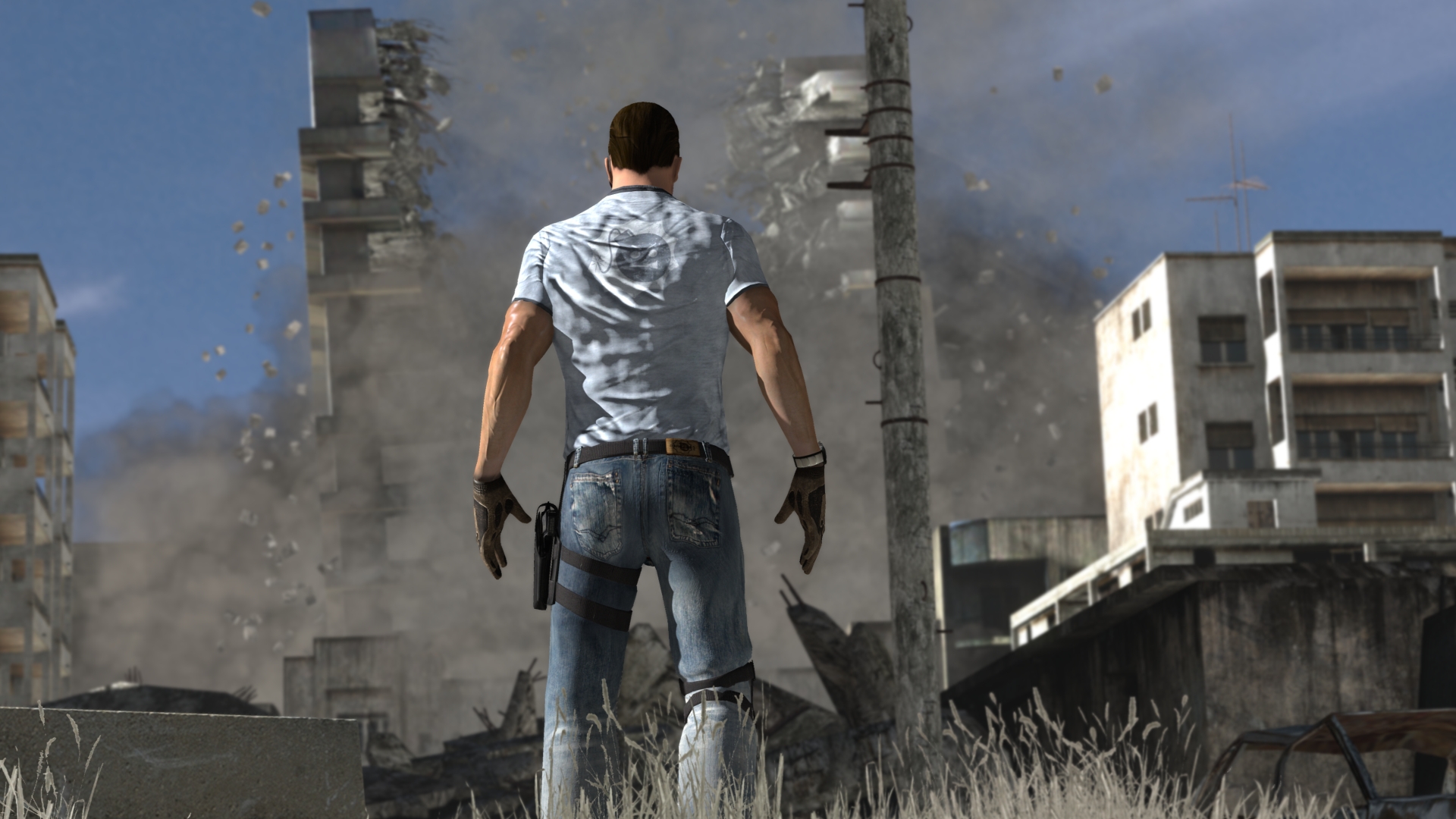 As subtle as a punch in the mouth, Serious Sam 3: BFE is an action-game anachronism that arrived in a gory explosion of circle-strafing, health packs and a trigger you may as well just tape down. It is everything that conventional 21st-century shooters are not, and so it's not entirely surprising that Fork Parker, the Chief Financial Officer and public face of publisher Devolver Digital, isn't the sort of executive you typically see at boardroom meetings and yacht club lunches. He's brash, profane and fiercely dedicated to his wife's funbags.

"I started at Devolver Digital roughly eight months ago after the former CFO passed on during an unfortunate autoerotic asphyxiation accident in the break room," he told me recently, explaining how he came to be involved with the company and the project. "Prior to that, I ran a series of previously lucrative businesses into the ground out of pure spite, jealousy and, on one occasion, lust. These chumps at Devolver Digital brought me on to manage the influx of cash and glory that comes with launching a sweet-ass game like Serious Sam 3. Most of the team is seeking to reinvest the profits into promising game concepts from talented developers but I'm taking my cut of the action and overhauling my wife's bouncy parts."

With formal introductions out of the way, I decided to go straight to the most obvious question: In an industry dominated by franchises like Call of Duty and Gears of War, why Serious Sam? And why now?

"I genuinely believe that it is the responsibility of every publisher and developer to push the medium of videogames forward. We make it a point to seek out games that stir the emotions of the gamer, bringing to light the art and beauty found within each of us," Parker explained. "Just kidding! I wanted to sell a an assload of videogames so I can raise enough money to start an all-lady kickboxing team that travels the world competing in tournaments by day and executing elaborate museum heists at night."

It was at this point that Roman Ribaric, the CEO of Serious Sam developer Croteam and a man who's been around since the release of the original game a decade ago, decided to interject. "We created the original Serious Sam at a time when first-person shooters were more focused on player-controlled action that was fast-paced and frantic. Any gamer around during that time would probably agree that it was somewhat of golden age for shooters and we wanted to bring back some of that glory," he said. "While the shooter genre has shifted over the past ten years to a design philosophy that favors larger set pieces, scripted sequences, two gun limits and more cover-based gameplay, there is no way we could make a Serious Sam 3 game within those parameters."

And while Croteam doesn't necessarily see anything wrong with the more modern approach to shooters, it's not at what Serious Sam is all about. "We see Serious Sam 3: BFE as carrying the torch for classic shooters like Doom, Quake, and the classic Serious Sam games," he added. "Someone has to keep the 'shooter' in first-person shooter, right?"