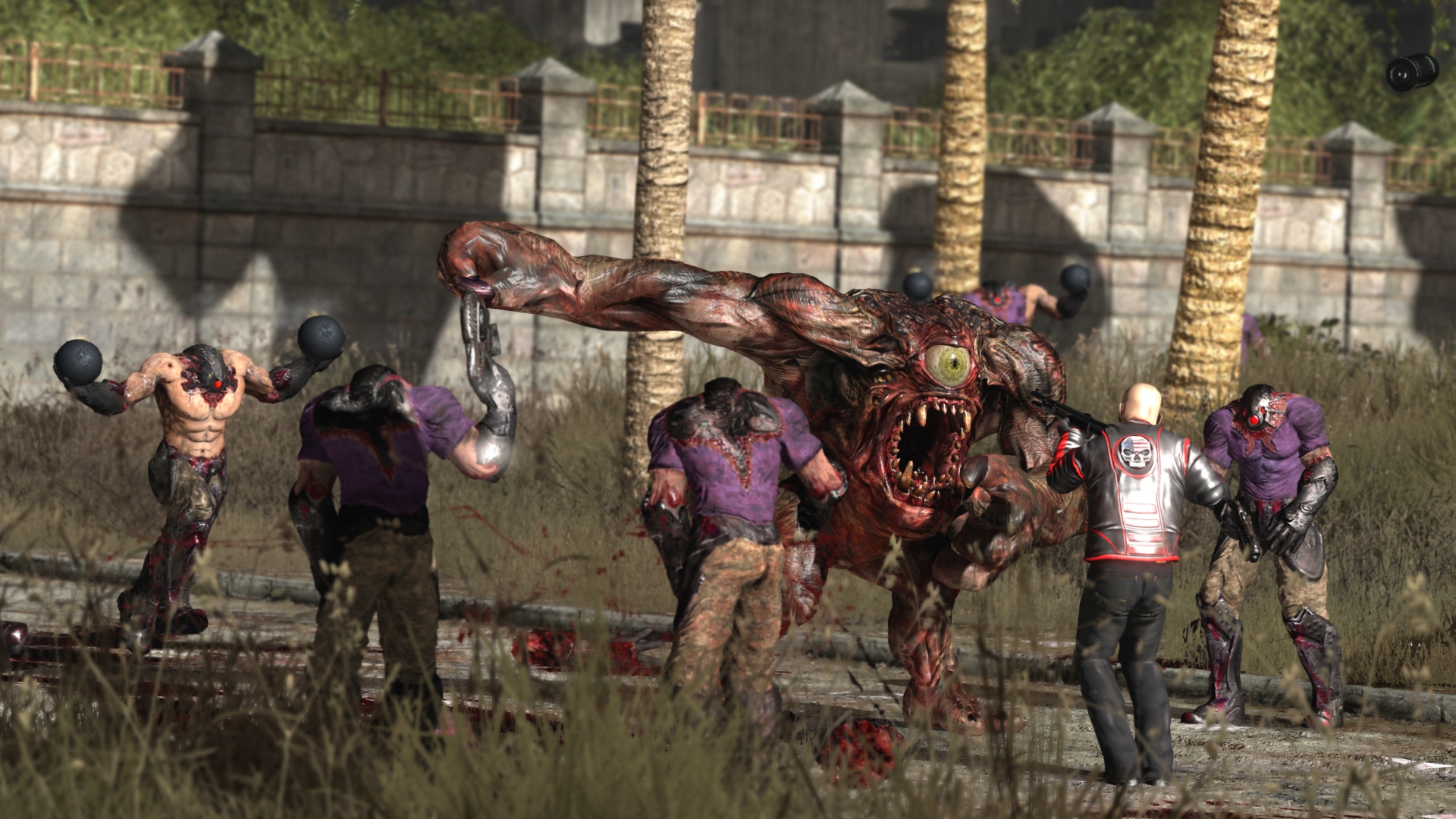 To most gamers, Serious Sam 3 is the "other" throwback shooter of the year, behind the infinitely more famous Duke Nukem Forever. They do share a a few surface similarities - trash-talking lunkheads in t-shirts and sunglasses single-handedly fighting off an alien invasion of Earth being the most obvious - but Croteam has taken a fundamentally different approach to its lead character. Duke Nukem is unquestionably the star of DNF and the focal point of the franchise, but Sam Stone is more of an anonymous avatar, a hook on which players can hang their murderlust. Most players probably don't even realize his last name is "Stone."

"The real star of the Serious Sam games has been the gameplay, the humor, the setting and the fantastically bizarre cast of enemies that gamers have to take down at a rapid pace," Ribaric said. "If you ask a fan to list their favorite or most memorable part of any Serious Sam game I believe that most wouldn't get to Sam himself until later down in the list. Serious Sam is more of a representation of a style of first person shooter than it is the specific character."

Nor has Serious Sam been dogged by the complaints of misogyny that plagued the Duke, despite the presence of "naked bird ladies" and a very in-your-face display of unclothed [and, it must be said, impressive] bouncy parts in the game's rogues gallery. "Needs more tits!" Parker said, snapping back to attention and inviting a flood of those complaints the game has so far managed to avoid. "Tits make everything better!"

"Regarding the Scythian Witch Harpy, a.k.a. naked bird ladies, they're an enemy character that appeared in the very first Serious Sam game," Ribaric cut in, once again bringing things back on track. "With all this fancy new tech we were able to make them a little sexier and a little more terrifying at the same time. The close-up on their, as Fork would say, 'bouncy parts' was one of those thing that just happened when fooling around with the camera angle and we left that in because it made us all laugh."

Although the Serious series is generally considered a PC franchise, previous games have in fact found their way to the original Xbox, the PlayStation 2, the Gamecube and even the Game Boy Advance. Serious Sam 3 will likewise come out for consoles sometime next year, but I couldn't help but wonder how the sprawling, overcrowded and highly pyrotechnical run-and-gun experience will hold up game systems that are starting to grow a little long in the tooth.

"The PC has obviously surpassed the current generation of consoles in terms of raw power but our proprietary Serious Engine 3 allows us to bring Serious Sam 3 to consoles with little to no sacrifices," he said. "One of the things we did prior to Serious Sam 3 were the Serious Sam HD games which were upgrades of the classic titles built with Serious Engine 3. Both Serious Sam HD titles were released on PC and Xbox 360 and the only significant changes were a reduction in the number of co-op and deathmatch players the game would allow at once time. Visuals, sound, effects, physics and overall gameplay were nearly identical to the PC counterparts and we expect the same kind of performance in the console versions of Serious Sam 3."