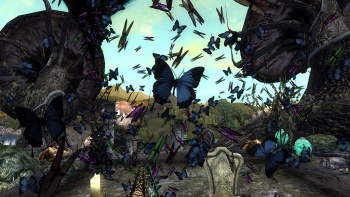 Welcome to the first week of The Escapist Roundtable discussion. This is a new, ongoing feature where members of The Escapist team sit down to discuss a question of importance to them. We want the Roundtable discussions to be a place where readers can engage directly with the questions we discuss on a daily basis. We also hope that this roundtable serves as a starting point which our readers, in the comments section, will take to new and more illustrious heights.

This week's question is: Has the idea of a brand being built entirely on episodic content been rendered obsolete in the face of downloadable content that fleshes out one larger release?

Julianne Greer: No. Why should it? The biggest barriers to episodic content were delivery mechanism and consumers' feelings of purchasing an incomplete product. But as games continue to use DLC, people are becoming more comfortable with the idea of downloading supplemental content to their videogames. The second issue is one already in addressed in other media - there are some fully-realized-upon-release pieces (movies, novels) and there are some given in installments over time (TV dramas, comics). Everyone's different, so the way they consume content is different. As long as this is the case, all different types, paces and schedules of entertainment will be available.

John Funk: This question leaves me a little torn. Personally, I view episodic content and DLC as being totally different beasts. On the one hand, DLC offers additional content that doesn't affect the core game and its narrative. The Mirror's Edge DLC is a perfect example of this. And then on the other hand, you have episodic gaming like the Half-Life 2 titles which move the narrative along with deliberate pacing and a defined beginning and end.

Susan Arendt: I have to agree that one has nothing to do with the other because they perform different functions. Episodic content continues the story arc towards a conclusion, while DLC is broader in scope. I think Oblivion's approach to DLC was the best that I've seen so far. It included everything from huge quests with new areas (Shivering Isles) to tiny upgrades that added a little extra flavor to the game, but didn't have a huge impact (Spell Books). And it was appropriately priced.