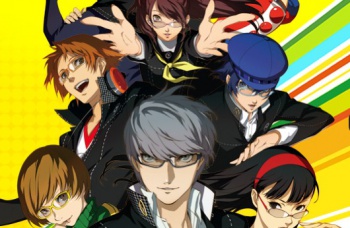 It's fair to say that I'm obsessed with Persona 4 The Golden, the upgrade of the original PlayStation 2 JRPG that was released in 2008. I loved it back then, too, but the mechanical improvements, new content, online support and portability have enraptured me to the point that my nearly every waking thought is consumed with fusion formulae and Social Link strategies. Many people have gotten in touch with me to say that my nonstop yammering has inspired them to pick up the game, but they'd really appreciate some insight on how the heck to play it. Persona 4 is a typical JRPG in many ways - turn based combat, dungeon crawling, teenage heroes, grinding- but it has so many idiosyncrasies and quirks that it's easy to find yourself hopelessly hamstrung if you happen to overlook a few key strategies.

With that in mind, here are some basic tips for surviving Persona 4 The Golden. Nothing very spoilery in here, and nothing super detailed, either - much of the game's pleasure comes from the surprises it has in store for you, so it's best to leave you at least somewhat in the dark. But keeping these general ideas in mind should help you stay alive until you have a feel for Persona's rhythms. Please note, this is meant for people who already have at least a passing familiarity with the game and its mechanics, so if you're coming in as a complete newbie, you still need a few blanks filled in.

1. Do not neglect your Social Links. Your mission in the game is to crawl through a bunch of dungeons and slay various beasties both weird and ...well, more weird, frankly ... but you will utterly fail at that mission if you neglect your social life. Chatting with different characters creates a "Social Link" associated with a particular tarot card, such as Justice, Empress, Sun or Fool. The more time you spend with that person - going to the movies, studying after school, or hanging out at the local diner - the stronger your Social Link will become. This becomes incredibly important as you begin to fuse Personas, the "monsters" you bring into battle to do combat on your behalf. Each Persona is aligned with a specific tarot card arcana; if you have a Social Link for their particular arcana, they get extra experience points. Maxing out a Social Link allows you to create a special Persona you can't get any other way - but even if you don't manage to top out, the experience benefits you receive from having a social life are immense.

So which Social Links should you pursue? Well, in many ways that will come down to matters of taste (and time), but definitely start with your companions. Your dungeon-running buddies learn new skills and spells as their Social Link grows, including passive benefits that can mean the difference between success and failure in tougher fights. They might take a mortal blow for you during combat, or pick up a team member that's been knocked down. Your friends each have their own Personas (unlike you, they can only carry one) and will level up by taking part in combat, but the Social Link buffs are totally worth the effort. Social Links are also how you'll advance your options for romantic companionship, hubba hubba, so don't neglect the ladies.

2. Do the quests. When you're not slaying monsters or getting a steak croquette with your pals, you'll be visiting the residents of Inaba , many of whom will ask you to perform a task for them. Always say yes. The missions themselves are usually simple fetch quests for items you'll pick up naturally as you clear out a dungeon, and the rewards can be everything from huge sums of cash to rare weapons. You don't have to do quests to succeed in the game, but you'll be able to complete most of them just by doing what you're doing anyway, so there's no reason not to do a quick run around town every now and again to see if anyone has a new request for you.