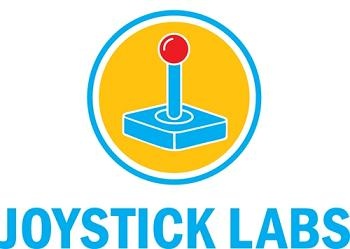 Independent developers are, by definition, forced to go it alone. The range of difficulties these developers may encounter, from securing office space to getting games to market, often require expertise and experience in areas that are unfamiliar to many fledgling game designers. Developers have been faced with the option of either struggling through on pure trial and error, or ceding creative control to a large company in return for the necessary publishing infrastructure. Joystick Labs, announced today, intends to fill the considerable gulf between these approaches.

Yesterday, I spoke with Juan Benito, co-founder and creative director of Joystick Labs, about his new company's mission to support independent designers at every level of the development process. Along with co-founders Glen Caplan, Justyn Kasierski, and Lawrence Steffann, Juan's vision is to make Joystick Labs "the first of a kind seed stage game company incubator" that helps developers realize their vision. "Essentially," Juan told me yesterday, "what we do is provide teams who have a great idea about the next great videogame, and perhaps are not sure how to go about setting up their own studio, their own company."

Applicants can apply today to become part of Joystick Labs' first 12-week session, which starts September 7. Intended to support a few small teams of two-to-five developers, Joystick Labs will support its candidates with a stipend, software, hardware, office space and the legal and financial documents required to start a business. At the end of the session, the graduates will leave the program with their own discrete company and complete creative control of their properties. In return, Joystick Labs will take a small minority stake in the new company.

So what are the selection criteria? Juan's staying very open minded and not limiting Joystick Labs' focus. "We want to be able to capture an as wide as possible pool of applicants at this point," he says. "Really, the team just needs to demonstrate that they have a solid idea of the game that they want to make." In addition to assessing the potential of the game design, Joystick Labs will be "evaluating the technical and artistic experiences of the applicants themselves."

While the games are obviously important, Joystick Labs looks beyond just the strength of the demo or concept. "We will be collecting developers that can not only demonstrate creativity to a high degree," says Juan, "but also have an entrepreneurial spirit. We really want to select applicants that really want to have their own studio, because either they work in the industry and they feel they have this great idea that they need to act on, or maybe they've been making things in their spare time and they want to take it to a more professional level."