In defining the many different genres of the videogame industry with our handy genres chart, it became clear that there were some games that changed the way that we think about games. Some of these games made so many innovations and creative leaps in gameplay that they spawned imitators to the point where a whole new category was created. Other games built on the foundation laid by a specific title, and improved it to the point where it became a massive critical and commercial success. These games may not be the first of their kind, but without their influence many similar games would never have been made.

The Escapist brings you a list of games which defined a genre. We're talking about the genres that are impossible to discuss without mentioning the title that made it all possible. Where there was a clear originator that didn't necessarily find commercial success, or isn't usually categorized correctly, we made sure that those games received their due respect.

Enjoy! And make sure to tell us your opinions on what games defined their genres in the comments. 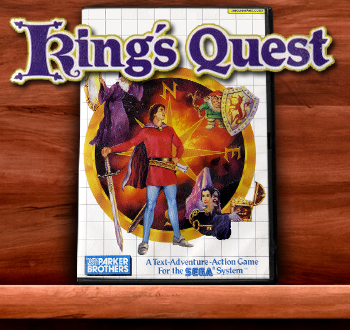 When the personal computer began appearing in people's homes, many people were excited at the prospect of using moving graphics to play a game like Pong. But a subset of people were impressed with the possibilities of not only flashing lights and moving sprites, but telling real stories using the communicative ability of a computer. Adventure games expressed only in words were among the most popular uses of early computers, with the Colossal Cave Adventure written in 1975 being the first multi-user dungeons (MUD) that captivated gamers by allowing a multiplayer D&D-like experience. To play these games, you'd type commands such as "Take stick" or "Move north" and then the game would respond. Later, static images accompanied the text, but these held scant detail and did little more than set the scene.

Until King's Quest. Written by Roberta Williams and programmed by a team of 6 programmers at a cost of almost $700,000 (unheard of in the early days of videogame development), the story of King Graham was the first game that animated the main character on the screen interacting with objects. Using the keyboard to provide direction, Graham walked across the screen, picked up items, and opened doors, all in simulated 3D. You solved puzzles by exploring the land, meeting people, and finding items. King's Quest was the first of its kind and spawned a huge number of Sierra titles like Space Quest, Police Quest and Gold Rush. Sierra games were the basis of all digital adventures to follow, from Myst to Monkey Island and Sam and Max. 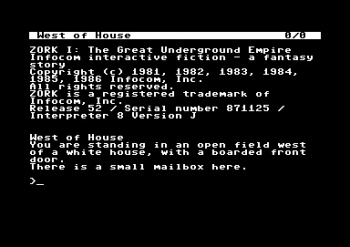 Four MIT students wrote Zork and later formed the leading text adventure game developer Infocom in 1980. Zork was presented purely with evocative text descriptions of the Great Underground Empire as you collected items to solve puzzles and advance further in the story. The tongue-in-cheek humor of Zork was the basis for many adventure games and solving the many item-based puzzles allowed you to adventure further in its vibrant world. Just watch out if your torch ceases to burn, you are likely to be eaten by a grue.