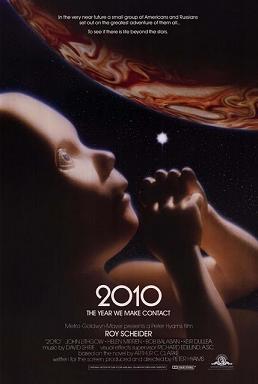 2010: the year we make contact. Well, this year didn't exactly pan out like Arthur C. Clarke had envisioned, but there was still a lot going on in the world. From the opening of the world's tallest man-made structure in Dubai (the 2,717 ft high Burj Khalifa), to the Chilean miners and the Julian Assange-Wikileaks scandal, the events of 2010 range from triumphant to tragic and everything in between. In sports, the Winter Olympics in Vancouver, Canada saw the host nation win the most gold medals, Spain won the World cup, and the UConn Huskies women's basketball team just surpassed UCLA's winning streak of 88 games set in 1972. Scientists discovered an arsenic-based life form and sequenced the Neanderthal DNA genome. We may not have made contact with aliens in 2010, but there was still a lot going on.

The gaming world was no different. At the Game Developers Conference in San Francisco, everyone was talking about the surprise success of a farming simulator on a social networking site. 2010 saw the return of all of the pomp and circumstance of the Electronic Entertainment Expo in Los Angeles after attempts to scale it back. Both the San Diego and New York Comic Cons were chock full of every variety of nerd, dork or geek and they certainly dressed to impress. Gamers lined up for hours (and sometimes days) to pick up copies of their favorite games and even a certain motion sensing peripheral that rhymes with "disaffect." Motion control was the buzz word for the latter half of the year with Sony's Move and Microsoft's Kinect competing with Wii's four year old control scheme.

2010 saw the release of some landmark titles that were heavily anticipated and critically acclaimed games(StarCraft II, Halo: Reach, Heavy Rain) along with some boners like Naughty Bear and N3II: Ninety-Nine Nights. There were terrible movie tie-in games like Harry Potter and the Deathly Hallows and Clash of the Titans with some not so bad games based on movies such as TRON: Evolution. The MMO landscape was still dominated by WoW's Cataclysm, but upstarts like Vindictus and the failed APB showed that innovation was possible, if not always profitable. With HeartGold and SoulSilver, Pokemon returned, as did Commander Shepard on the bridge of the Normandy SR-2. Yes, there were quite a few great games released in 2010.

But there was also a huge amount of gaming-related news that occurred through the year. Roger Ebert saying that videogames will never be art. Activision locking down Infinity Ward. EA removing the Taliban from Medal of Honor. Minecraft earning way more than PayPal was prepared for. Kinect sex games. To paraphrase Bilbo Baggins, 2010 will be a year to remember.

To help you do so, we've collected the most interesting news stories from The Escapist from each month of 2010 into one easy-to-digest form in the following pages. Take a trip down Memory Lane vers. 20.10 to cement in your brain all the important events of the year and maybe even catch up on stories that you might have missed.

Share and Enjoy all of 2010 in its glory, and we'll be sure to bring you all the gaming news that's fit to print on the Interwebs in 2011!