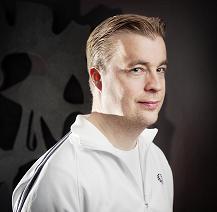 Last week, I was invited to New York City to attend the Paradox Convention 2011 to see all of the games that the Stockholm based PC game developer and publisher had lined up for the coming year. The festivities opened with the CEO of Paradox Interactive, Fredrik Wester, describing all of the accomplishments that the company has achieved over the last decade in the face of skepticism from the rest of the industry.

When he joined the company back in 2003, everyone told him that PC gaming was dead and that hardcore strategy games as a genre was on its way out of fashion. In the face of such naysaying, games like Europa Universalis and Hearts of Iron sold like gangbusters and Paradox's revenues have grown over 1000 percent since 2001. No one thought that digital distribution would overtake retail as fast as it did, but Paradox launched its GamersGate online store in 2006, and Wester reported that today GamersGate accounts for nearly 70 percent of Paradox's total revenue. As a PC gamer at heart, I'm certainly psyched for the continued success of the platform and the strategy genre for which Paradox is known.

But as the lineup for 2011 and beyond proves, the company is not content with just designing and publishing plain old strategy games. Wester and Paradox are betting that the new directions into free to play MMOs (Salem), collectible card games (Hearts of Iron: The Card Game) and even action adventure games (Pirates of Black Cove, Magicka) will insure that the company continues to grow.

For anyone who's interested in where strategy PC gaming is headed in 2011, here is what's on the docket for Paradox Interactive in the coming year: 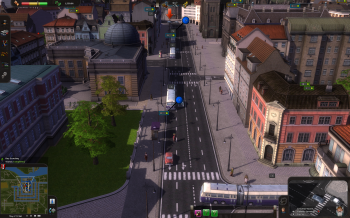 For many gamers, the best part of games like SimCity and its many sequels was mapping out the mass transportation systems. In those games you could build roads, highways and subways, but the details were always a bit abstracted. Cities in Motion is a modern day version of that sub-game where you run the mass transportation systems in one of four European cities: Vienna, Helsinki, Berlin, and Amsterdam. You can build bus stops, trams that run on light rails, full underground subway systems and even buy water taxis and helicopters to bring customers from apartments and houses to high traffic areas like workplaces, stadiums and airports. On top of that, you regulate the city's transportation ticket prices, and you can even buy advertising to build confidence in your company.

In contrast to such mundane subject matter, the user interface of Cities in Motion is a delight to use. Each button or function is displayed with elegant icons, with more detailed menus and information hidden "behind the fold." Once you get the hang of how to build stuff (I was confused that I had to build bus stops before I could link them together into a closed transportation line), the whole interface is genuinely a joy to navigate.

The cities chosen were all places that had interesting challenges for mass transportation, and because Colossal Order is a Finnish design company, Helsinki had to be on the list. Each city is accurately rendered in the game for all of the eras represented - from the 1920s to 2010. For those of you who are sad that London or New York isn't in Cities in Motion, the game ships with a robust editor so that you can recreate a world metropolis or even your hometown in Bumfuck, Canada. 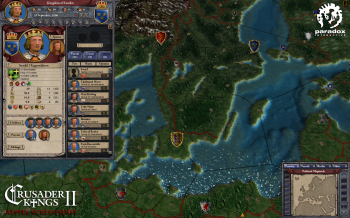 In many Paradox titles, you control a country and the whole game is about changing the map color to match your own gloriously pretty national colors. But with Crusader Kings II, you guide a family in increasing its fortunes during the feudal period of Europe, forging a dynasty that can outlast hemophilia and incest. Intrigue within your court is bound to happen and that's because Paradox implemented a new system of plots to manipulate barons into rebelling or even change the laws of the land. "Your sister's sons might consider changing the laws of succession so that you can inherit through the female line," said designer Chris King.

The game begins directly after the Norman Invasion of England in 1066, but you can play as the family from any country in Europe as you try to gain vassals and lands. Of course, with a title like Crusader Kings, the best way to find riches is to follow the direction of the Pope (or maneuver to appoint your own Pope) and command an expedition to retake the Holy land of Israel from the Muslims. Given the current political state of the world in 2011, it may seem in bad taste to release a game in which your main goal is invading Islam, but King assures me that Crusader Kings II is for history buffs, not extremists.

I found the concepts presented by King to be intriguing, but I thought the interface of a static map of Europe with only 2D representations of your court and family-members to be a little off-putting. Still, Crusader Kings II is game to watch as Paradox hopefully refines the interface over the next year.