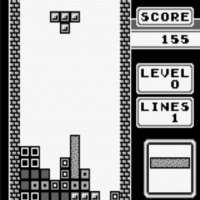 TG cont'd: And again, I think this is important because it puts all the responsibility on the author (the game designer) to provide depth and meaning. Sure, the player also has responsibility, more than in most other media, to try and immerse him-/herself as much as possible in the experience. But doing so, they can only get as much out of the experience as put in by author.

JP: Well put! I'm willing to agree with the idea that the player is part of the narrative crafting but that they may not be replicating the exact experience of the storyteller. In fact, I think you're right on, I think they're doing something unique for our medium, but I think the closest analog is the storyteller and that we, as game designers, are remiss if we concentrate only on our part of the narrative crafting without regards to this player act.

Re: Tetris. Concession, the analogy is flawed, you're totally right. I wasn't really trying to draw the direct analogy, I was just saying that games are about distilling the most engaging parts of an experience and I feel as though they do that with narrative crafting as well.

As to the last part: Here, I still have to disagree, but such is the great thing about theory ...

I don't think we can think any longer about presenting our narrative to an audience, but rather about exploring a narrative with a player. No matter how constricted, we are laying out a space of possibility rather than a conventional narrative, and no matter how linear we make our games there are details that the player must fill in.

If we try to do otherwise, we simply draw closer and closer to emulating film. And the world does not need a lesser form of film (because we will always be worse at providing a film-like experience than cinema).

To me we must even rethink the word "audience" because it implies that one is merely audient rather than participatory - that one observes rather than interacts - and this is not the player at all.

This was a great discussion. It was really interesting to me because in most cases when talking design with designers, we talk it through, hash it out and then come away with a revised and hopefully improved set of ideas, but since this was really a discussion about how to conceptualize the player I'm not sure there is as clear a line. I respect everything you said, and it certainly made me tighten my thinking/drill down on some of the ideas, but at its core I think they're just two fundamentally different (but perhaps equally valid) ways to understand the player from the designer's perspective.