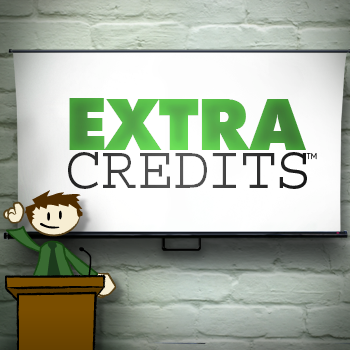 Sometimes the content we present at The Escapist Magazine sparks debate between the unlikeliest of people. Last week, James Portnow and the Extra Credits talked about the role of the player in modern videogames and how designers approached the relationship between the narrative of the game and the player's role in it. The video basically argued that players are integral to the experience of playing the game and that designers should never think of them as merely passive audience members like those for film, paintings or novels.

Many game designers look to Extra Credits to investigate the boundaries of the videogame medium, and one of those developers, Thomas Grip from Frictional Games, lead designer of Amnesia: The Dark Descent presumably watched last week's episode from his office in Helsingborg, Sweden. Grip wrote a response to "The Role of the Player" on his blog, pointing out how he disagreed with the video's premise that players are artists.

In a meeting of minds only possible through the connectivity of the internet, James Portnow responded to Grip's response and what follows is a transcript of their correspondence that is both fascinating and revelatory about the subject of the player's role in videogames, and how designers should approach the idea.

James Portnow: I'll pose to you the same question I asked of our Escapist Magazine audience because I think it gets to the heart of the problem:

Does football have a narrative? Indubitably so. But who creates this narrative? Because it's certainly not the people who originally wrote the rules to football...

Thomas Grip: Thanks for starting this conversation in the first place! :) I think it is quite interesting!

On the football analogy: First of all, football is a game, a sport. It is not the same as a videogame. A videogame is a virtual world with strict unbreakable laws, whereas football is just a bunch of non-compulsory rules that forms the basis of play among a group of people. Yes, there are football games, but I would say these are very different. A football videogame is not just the basic rules of football, but there is a whole virtual world added on top of that.

So who is the narrator in a football videogame? I would say this is an even clearer example than SimCity or similar. The creator(s) of the game is the one of created the space in which the narrative happens. Sure the exact plot and so on is unknown, but the player is not making it up as they play the game. They are simply letting the game "guide" them and along the way a narrative is created. A football game is created to give the audience a certain kind of experience, and it is in creating the virtual world that the artistic process lie, not when immersing yourself in this world (as a player does when playing a football game).

JP: Fantastic! I love the discussion.

I have to disagree about live football being fundamentally different than a football videogame, but that aside (as we could fill several pages with that discussion) my response would be:

Ask different Madden players what the narrative of their game was. Then ask the guys at Tiburon what the narrative of Madden is. Only one of those groups won't be able to give you an answer ... and all the other answers will be radically different. If that's not a creative act, and one that's fundamentally different from how we interact with a novel or a painting, I don't know what is.

(this is true to varying degrees for all games, even the most linear, pre-scripted, narrative heavy, JRPGs)

P.S. We can use FIFA rather than Madden if you'd rather for football ; )