The Escapist defines a space combat simulation as a game in which you pilot an autonomous ship (not on rails) and fire lasers or missiles at opponents. Some games in the genre are mission-based with specific objectives while others pioneered open-world mechanics by allowing you to explore different planets to find emergent gameplay. Buying and selling stuff appears in some space combat sims, but each game in the genre features combat in three dimensions and one hell of an adrenaline rush as you tracked down where hell that missile came from.

For a few years in the 1990s, piloting a spaceship through a starry sky in search of enemies was the pinnacle of PC gaming. Many older gamers fondly remember lusting over the Saitek X36 joystick and investing in stereo sound to detect bogies from the left or right. But after the heyday of Wing Commander & X-Wing, space combat sim titles became rarer and rarer. Barring a few independent releases and mods, the genre is now dead.

The following timeline traces the rise and fall of the space combat simulator. Only by studying history can we hopefully repeat the past and convince publishers to reinvest in the visceral experience of a spaceship hurtling through space. 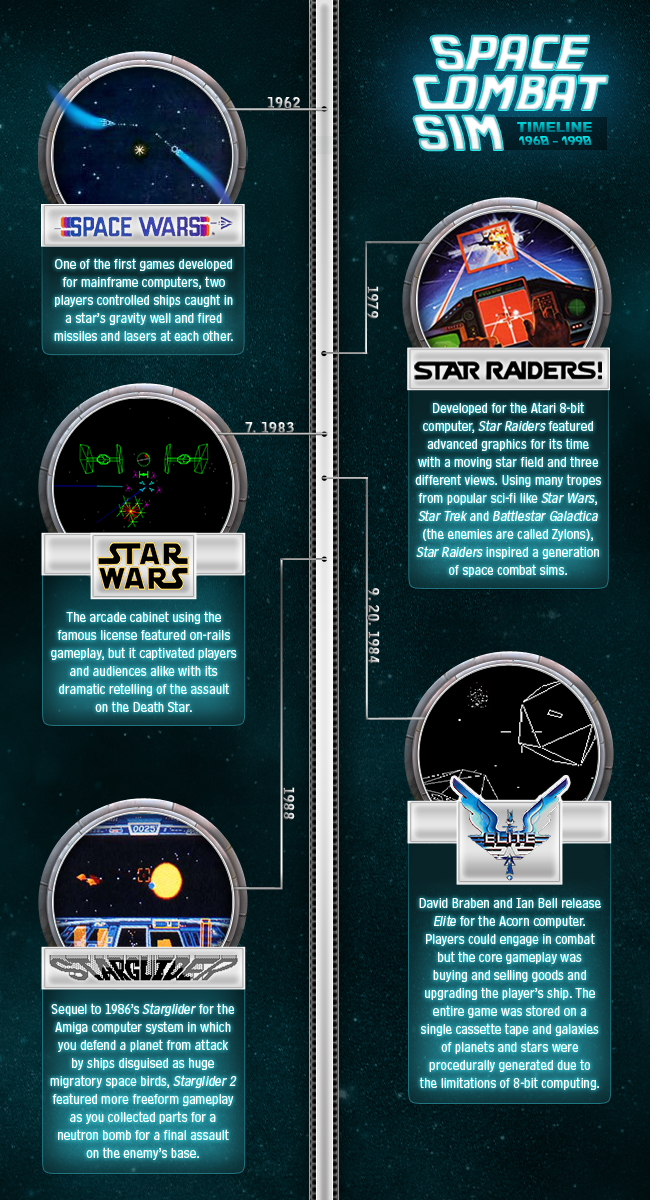