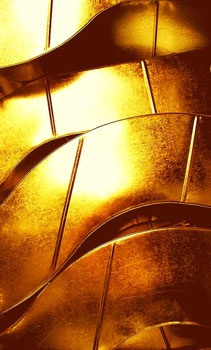 The troubles and turmoil of the gaming industry seem never-ending. It is easy to be relentlessly negative about the state of an industry that seems at least to be entrenched in a cold war with its own customers and all too eager to tie price tags to a Saturn V rocket to reach new astronomical heights. Publishers and developers are quick to describe gamers as a bunch of whiny thugs all too eager to steal whatever digital morsel is sent down the pipe. In return, many gamers see the industry as a corrupt behemoth known for Draconian measures and an insatiable greed.

So, it might seem odd to think that we are actually in a Golden Age of videogames, but it's true.

This generation of consoles, which was and still is seen by some as the overpriced doom of the medium, has turned out to be the most successful and most important since the transition to CD-Rom technology. In the very broadest sense, as the entire world seems to be spiraling into a global economic slowdown, the gaming industry is broadening its market, expanding its appeal, shucking the burden of decades as a media and moral villain and creating some of the most compelling experiences in three decades of interactive entertainment. In short, more people are playing better games now than ever before.

There are, with apologies to varying camps of brand loyalists, three highly successful consoles on the market, a historical first. That the market can even sustain three successful consoles is remarkable, and while there is plenty of argument to be had over who is in first place, or more compellingly second place, the semantics of that argument miss the point. Not only have the consoles been commercially successful, they have also become a launching pad for goals that console makers have long had, specifically becoming a center of entertainment in the home.

The new focus on downloadable content and casual gaming has, in many ways, dramatically expanded the reach and revenue of videogaming in a handful of years. Services such as Xbox Live Arcade and the PlayStation Network have laid a convincing groundwork for consoles to deliver lower priced gaming experiences as well as traditional entertainment media. It's not hard to imagine consoles as being a home's center of movie, television and music consumption, allowing gamers to transition smoothly between electronic media of all kinds.

But, as gamers we don't measure our golden ages by how successfully hardware manufacturers integrate new technology. We measure the games, and in there we find perhaps the most compelling case for the argument. Allow me to offer as evidence a short and woefully incomplete accounting of the games of the past 24 months.

A Site To Call My Own Sean Sands 25 Comments

Gamers of the Third World Michael Thomsen 58 Comments
Comments on