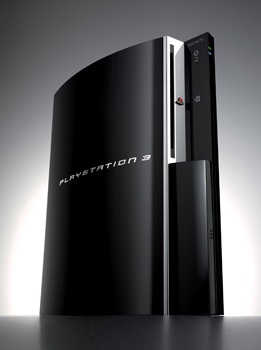 Following the latest announcement of the Xbox 360's price drop to $199, there has been a fair amount of debate over whether the PS3 needs to follow suit and respond with its own price drop. And the arguments basically break down into the following two camps:

Here is my take:

On a factual, logical basis, yes, the PS3 is a great deal. The best bang for your buck, so to speak. I own two PS3s, and I paid $1,100 for my first one (at launch, imported), and I don't regret it from an economic perspective (I also own all other systems, by the way), because it was very apparent that the hardware was more than powerful enough to warrant such a pricetag (in 2006).

However, that is not the problem here.

Sony is refusing to drop the price because it is insisting on turning a profit on the console today, when it should be focused on doing so over the console's so-called "10-year lifespan". Somewhere along the time, Sony has undercut its own strategy and objective by making the console inaccessible to the market it is seeking to seize.

And this has had a vicious-cycle-effect. Yes, the PS3's biggest weakness is its software lineup (and please don't list its holiday lineup, because it's a tie against the 360's; both sides need to admit this and move on already), but it's also Sony's own fault that it is stuck in this quagmire of weak/delayed titles.

Game developers are not putting, or have not until recently put, enough effort toward PS3 development. And it's completely logical for them (the developers), because Sony has been patronizing its potential customers by claiming that they are "too stubborn to see the value of the PS3" instead of making it easier for them to join the party. And this has created the perception that nobody but the most affluent and dedicated gamers own PS3s. (Wait, scratch that. It's not just a perception; it's the reality. But don't tell that to the devs, please.)

Dear Sony. Yes, the PS3 is worth it. Yes, once people own the system, they appreciate their purchase. But your potential market obviously can't tell. What you should be doing is solving the perception that the PS3 is overpriced. Instead of limiting the customers to a $499 choice (the bundle), give them a $299 option, even if it is fake.