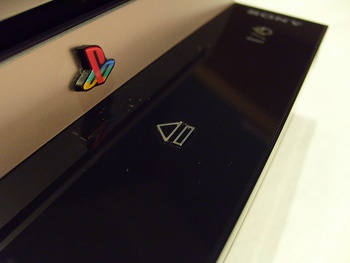 Case in point, the Wii is $249, but once you buy all the "necessary" peripherals, you're looking at a $400 investment before you can enjoy your Wii. But people don't care. They go to a store thinking that they want that $249 machine. Then once they've made that mental decision, it's not hard to squeeze an extra $40 here (game) and an extra $100 (Wii Fit) there.

My point? Know your customers. Understand their financial parameters and accommodate to their lack of foresight and research, and show them a $299 pricepoint. Who cares if they need to spend another $60 to actually start playing a game, and that an additional DS3 costs $40?! They don't. Yes, I really, really hate to say this, but it's time you learned how to Pander. Because the public is too stupid to do the math/research itself.

(I am greatly ashamed to have patronized my potential peers, and I sincerely apologize for my bluntness)

Just imagine this. And I'm being somewhat serious here:

Honestly, whatever little Sony may lose on the console, it'll easily make up if it can turn around and make sure the PS3 can once again be seen as "THE" videogame system to own, thereby solving the perception issue.

But Sony doesn't get it. Sony doesn't even understand its own 10-year strategy, and it may not be until it loses this console war that Sony finally learns it.

Bo "Orakga" Jinn believes everybody is a closet gamer. Most just don't realize it.