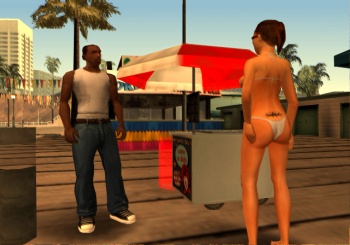 As the newest President gets things underway with a Wii in the White House, many eyes will be curious to see just how gamer friendly the new President really is and what it might mean for gamers. But while many look ahead to the future, we'll continue to look back into the past with a look at another President, states' efforts to keep childhood obesity under control, and among other things, some of the games that came out this week (January 25 - January 31) in gaming history.

In his State of the Union address on January 27, 2000, former President Clinton took the opportunity to call upon the entertainment industry to develop a "single voluntary rating system for all children's entertainment that is easier for parents to understand and enforce". Yes, including video gaming.

Keeping an eye out for kids' physical instead of mental health, in 2006 the State of West Virginia and Dance Dance Revolution publisher Konami announced this week that all state schools would incorporate the game into the curriculum over the next two years. Dr. Linda Carson, a professor at West Virginia University, spearheaded efforts to study the game's effects on children's obesity the year before, leading to further involvement by the state Public Employees Insurance Agency. The agency saw benefit in the results, and Konami danced up to the mat to lend official support. Lara Crigger originally covered these efforts in depth in the Escapist's "Edu-gaming 2" themed issue for an article titled "West Virginia's Health Revolution". Since that time, other states have caught on, with physical-education classes in at least 35 states currently employing some sort of video game technology. Most recent studies indicate while active gaming doesn't completely prevent any weight gain in children, it does at least help slow it down in children (with other life factors remaining the same such as diet). Plus, the kids have really taken to it, and it didn't even take a miracle.

At the end of January in 2006, Blizzard caught a lot of hassle for instituting a bit of a 'don't ask, don't tell, and seriously, don't advertise that in general chat' policy, attempting to keep gay/lesbian/bi and transsexual players from mentioning sexuality while recruiting for guilds. The player in question (Sara Andrews) was warned to not only stop recruiting in game, but at the same time her efforts to recruit for a "GLBT friendly" guild also ran the risk of leading to a ban. While Blizzard originally maintained that the game master in question was merely attempting to enforce the harassment policy, Andrews felt differently, as did many who felt Blizzard had overstepped some boundaries.

"Their (terms of service) statement was clearly crafted to protect the GLBT community," said Ron Meiners, a virtual worlds consultant. "And I think they wanted to basically protect them in this instance, too. But they seem to have overstepped what was appropriate."

Set in the middle of a maelstrom, the controversy would take another couple weeks to play out in full, with Ms. Andrews being issued an eventual apology. Blizzard noted that the game master in question was in error and that after review, the warning would be removed from her account. The controversy also led to the creation of a 'guild recruitment' channel within the game.

"Hot Coffee" was still in the news at the time, as the Los Angeles' City Attorney's office revealed a lawsuit against Rockstar Games and parent company Take-Two Interactive. Grand Theft Auto: San Andreas had been swiftly reclassified as "Adult Only" until new versions of the title were brought to market, however the lawsuit chose to focus on the more than 12 million units that sold before the reclassification took place, with 200,000 of those sales taking place in California. The action sought civil penalties against the two companies and demanded they take action to ensure 'full disclosure' to customers about the content of the games being sold.

Phantasy Star Online launched for the Dreamcast system at the end of January in 2001. Based on Sega's Phantasy Star series of games, the title would later be made available for Windows, the GameCube, and Xbox. It also featured an offline component. Although the game received fairly positive reviews (one review called the Xbox version "incredibly addictive") and the game saw several updates and revisions, the very last game servers on the Xbox were shut of at the end of April last year.

Researcher Nova Barlow probably would have enjoyed P.E. class more if it had included DDR.