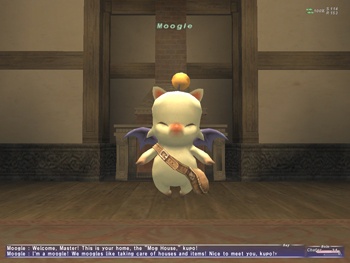 If this were ten years ago, I wouldn't be so frustrated about this. Back then, Japanese games were designed by the Japanese for the Japanese, and if you didn't like them, you were the guilty one for not getting "the Japanese culture." After all, the Japanese had never intended for their games to be sold overseas in the first place. But things have changed, and drastically, too. The Japanese now see the entire world as their target market, and every other speech by presidents of Japanese gaming companies is prefaced by the importance of the "overseas market" and their never-ending struggle to expand their overseas market share. Their production budgets have also increased drastically, and while part of this is due to "increased next-gen R&D costs", the bigger reason is that companies now assume they'll recoup their costs in the overseas market. So, these games can no longer be considered mere Japanese products that happen to be sold to the rest of the world.

Let me get one thing straight, though. I am not complaining about the lack of online games from Japan, and I am certainly not asking for every game to have an online component (FF13 online competitive? Errr... no thanks). I do believe that there are genres that work perfectly fine as offline, single-player experiences. But there are other categories that were always meant to be enjoyed with others. Racing games, fighting games and even some puzzle games are undeniably better played against other human opponents. And with the death of the arcade gaming scene (outside of Asia), any game that lends itself to multiplayer has to find a new home online or face extinction.

Weak sales tend to have profound effects on a franchise. You see, the people who make the big decisions at big gaming publishers do not play their own games. No, let me clarify that. They do not play games, period (except a few). So, when they see weak sales, instead of understanding that better online implementations would have lead to better gaming experiences and sales, they look elsewhere for an explanation. And instead of understanding its real shortcomings and investing further into R&D, they look for other, and usually irrelevant, ways to solve the problem. This ends up leaving the core issue unsolved.

Of course, I could simply learn to accept that my Japanese games will always remain better as offline games, and always turn to Western-produced games like Halo, Gears and CoD4 (and Killzone 2 when it's out) to feed my online needs. But why does it have to be that way? Why shouldn't I be able to enjoy these Japanese games with my friends online as well? Why should I have to rely on the Western developers (who are all too obsessed with shooters), to feed all my online needs?

There is so much creativity in Japan that is unconnected to the rest of the world, and it pains me to just imagine what kind of games they could have been coming up with if only they realized the powers of a connected gaming community. And this should not be as difficult as it has been, especially when the cost of R&D for an online component is a mere fraction of the overall production cost of each blockbuster title.

Japan really does not need to break its back trying to catch up with graphics and violence that have become to epitomize Western games. The last thing we need is for the Japanese to jump onto the FPS bandwagon. Instead, we should hope that they will learn their own way to use the internet to strengthen and accentuate their own gaming culture. Just list the rest of the world already has.