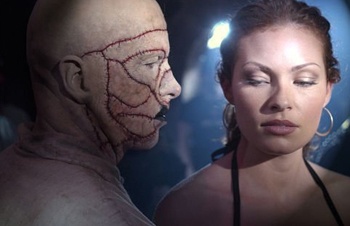 What better way to celebrate Valentine's Day than to take a look at things that just didn't work out? This week's rocky relationships include the US and China, Atari and Nintendo, Electronic Arts and its not so "Marvel"ous partnership with comic book videogames, and that tempestuous, ill-fated, but apparently irresistible affair between videogames and movies.

Back in 1989, the Atari Corporation announced it was suing Nintendo, accusing the game maker of monopolizing the market with restrictions on licensed game creators. The suit claimed that videogame creators found themselves in no position but "to yield to coercion from Nintendo." There was no love at stake here, just a $250 million lawsuit. Atari lost, and it wouldn't be the last time this pair would be at opposite ends of a lawsuit.

In a show of optimism and confidence, on February 7, 1991, Nintendo and Sony announced they were teaming up to develop a new compact disc player for theSuper Famicom, leading industry pundits to speculate the move could lead to an all new CD format. However, just slightly over three years later, Nintendo announced it would be avoiding the CD-ROM market entirely, as it preferred a continued focus on the cartridge market. Needless to say, those efforts to team up in 1991 didn't quite work out as both companies went their own way, and the rest as they say, was history.

In 1995 on a much larger scale, it was the United States and China not getting along. In the middle of a dispute with each other, the two countries imposed trade sanctions on each other during the first week in February. As the list of affected items grew, the Chinese government placed 100 percent tariffs on American-made compact discs, cigarettes, and alcohol - and, surprisingly, videogames.

Speaking of relationships that didn't just work out, EA and Marvel announced grand plans much like Sony and Nintendo. Back in 2004, the pair ambitiously embarked on efforts to develop a series of games featuring existing Marvel characters and additionally assist in the promotion of new characters designed by Electronic Arts. The deal excluded the Hulk and the Punisher, however, as they were under licensing deals with THQ and Vivendi. As Marvel was formerly partnered with Capcom, initial buzz was enthusiastic and well received, but the first game to appear (Marvel Nemesis: Rise of the Imperfects) received inconsistent review scores and suffered sales-wise. The words "had potential" were thrown around a lot, and despite a four-year partnership, the duo called it quits in 2008.

Also in the news in 2004, Uwe Boll took this week to announce upcoming movies Dungeon Siege, Fear Effect, and BloodRayne. Still reeling from Boll's first dalliance with gaming and movies, House of the Dead, headlines warned us to "fear for the future of your cinema". Uwe Boll met already low expectations and then some by turning out one box office bomb after the next over the next few years. While Fear Effect was spared the cinematic treatment, other game-based movies such as Postal and Alone in the Dark continue to supply plenty of fodder for anyone wishing to make a case of why videogame-based movies are best avoided.

Although things look rocky this week, next week we'll be prepared to show a little love to "my first computer," get into the swing of things and look forward to spring with some baseball, and because we can't seem to avoid the topic at this point in the year, we'll also take a moment to discuss at least one of our favorite videogames just in time for Valentine's Day.

Researcher Nova Barlow is occasionally more optimistic than this column might suggest.