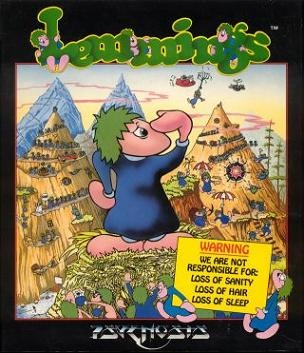 This week we'll be taking a look at things we love (and things that love to confuse us), with a brighter look at gaming history for the week of February 8th - February 14th.

This week marks the announcement of the "Atari Game Converter" in 1983, officially named "My First Computer". While the unfortunate designation conjures up bright pastels and a Fisher-Price interface, the somber looking keyboard was instead black with dark blue keys, indicating something resembling serious business. The keyboard was designed to convert the already popular Atari 2600 video game console into a small home computer, and included 8K of memory - expandable to a nearly unheard of 32K at the time with add on modules. Aiming squarely at the reported 10 million installed users with a price point of "under $90", Atari's approach was not to consider the device competition for similar devices (the ColecoVision and Intellivison attachments), but instead the Timex/Sinclair, TI-99/2, and then-shiny Commodore VIC-20. Plans for the device included "enhanced games and home application software".

At the time Atari was also pushing its Atari 400 home computer, but believed that My First Computer served as "the missing link between video games and computers." An intriguing little system with plenty of promise, the videogame market collapse brought about the cancellation of the device just months prior to an official release. It was a lovely idea with horribly bad timing.

"But he doesn't even like baseball!" was the outcry when news broke on February 8, 1992 regarding Nintendo President Hiroshi Yamauchi's purchase of the Seattle Mariners. When the New York Times speculated on the move back in February and suggested a Nintendo owned team for Japan as a possibility as well during an interview, Yamauchi simply commented, "I never even thought about a baseball team in Japan," he said. "Remember, I don't really like baseball." Still after months of deliberation a committee of major league owners recommended the reported $125 million sale be allowed to go through, proving a love of a sport can always be triumphed with an even greater love of money.

Yamauchi has since retired as president after stepping down in 2002, but he's currently the richest man in Japan. The Mariners rolled out the "Nintendo Fan Connection", special software giving DS fans access to stats and in-game progress reports for a small fee during the 2007 season. Keeping it in the Nintendo family, the Mariners are currently served by chairman and CEO Howard Lincoln, who in turn has commented that he serves "at the pleasure of the board and Nintendo", giving it all a rather bureaucratic feel.

On the topic of Bureaucracy, this week marks the release anniversary of Infocom's interactive text adventure. Designed by author Douglas Adams, it was his second collaboration with the famous text adventure company after the hit Hitchhikers' Guide to the Galaxy. By 1987 Infocom was already in trouble after the high-profile bomb of business application Cornerstone, so the fact that Bureaucracy didn't see spectacular sales wasn't all that surprising. It could have been a severely reduced ad budget hindering matters, or possibly the difficult nature of the game, but it was most likely fact that the game was just not that fun overall. We loved Infocom, but we just didn't want to play Bureaucracy.

Also released this week, we have a personal favorite of so many people: Lemmings. Lemmings (unlike Bureaucracy) is a very fun game and has remained so since its first appearance in 1991 for the Amiga. Selling 55,000 games on the first day of sale, Lemmings has gone on to be ported to an extensive number of systems, but only spawned a couple of sequels. Everyone loved Lemmings, as the most recently reported sales indicate that over 15 million copies of the original title have been sold across a vast number of platforms. The smash hit game is also widely credited as having an original (and neatly appropriate) street date of February 14, 1991.

Researcher Nova Barlow almost based her entire column this week on historical appearances of characters named Valentine in video games.

E.T. the Extra-Terrestrial Was the Most Important Video Game Ever Made Lizzy Finnegan 11 Comments
Comments on