The toy phaser is built to be very sturdy, and it can be a challenge to take apart. The type 1 phaser is detachable, so take it off before using any tools. 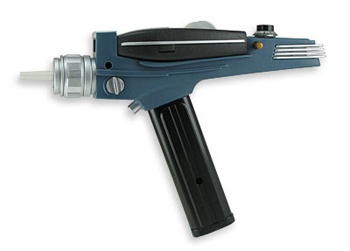 Start at the front end, where the "focusing ring" is. There's a piece holding it in that you'll have to break. Using a razor blade or utility knife, carefully score the part along the seam. Use a thin screwdriver or other small tool to break it into two pieces. Remove it along with the "focusing ring." 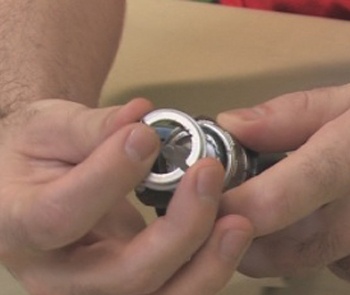 The bottom portion of the handgrip and rear detail piece are held in place by friction - gently rock them back and forth to remove. There are three small Phillips head screws holding the phaser together, that can be hard to get out without a thin screwdriver. With the screws removed, gently separate the two halves of the phaser. 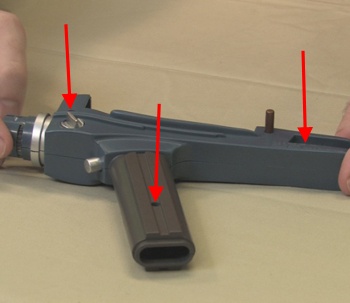 Watch for springs and small parts, and take note of the mechanical portion of the phaser's innards. Remove all the mechanical parts, so they won't be easily lost. Desolder and remove the red LED that comes with the toy - make something else with it. 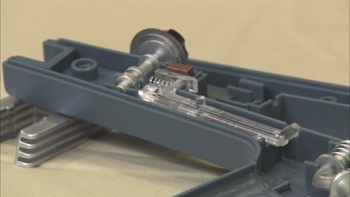