Remember when you were a kid, and all you had to do was slap some crayon on construction paper and you were done with your holiday gifting? Well, those days are gone, and if you're anything like us here at The Escapist, holiday shopping has since become an ordeal on par with killing Algalon the Observer or beating the 257th level of Pac-Man. That's why we're here to take the burden off your shoulders with our Holiday Buyer's Guide, which contains gift ideas guaranteed to please the geek on your shopping list. Why not pick up something for yourself while you're at it? You haven't been too naughty this year, right?

A Short History of Nearly Everything

Bill Bryson's "A Short History of Nearly Everything," is a book about, well, everything. Starting from the Big Bang, he accomplishes the daunting task of summarizing exactly how we, as humans, went from a primordial soup to where we are now. He covers it all: evolution, chemistry, geology. From Newton to Darwin and Einstein, Bryson explains each of the major scientific advances of our short tenure on the planet and does it with style and wit. At no point in the book does a scientific theory become too muddled or wordy to understand - Bryson is able to successfully communicate complex theories and laws, and you don't need a degree in science to understand the concepts. It's a quick and painless way to acquaint yourself with every important scientific theory and discovery since the conception of Earth. 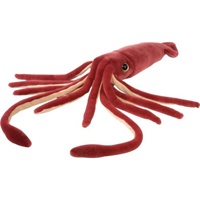 I'm obsessed with cephalopods. Show me anything that has a cuttlefish, giant squid, nautilus or octopus on it, and you'll have a girl squealing with glee like she's at a Miley Cyrus concert. My favorite ceph is the Architeuthis dux, a species of giant squid that has remained elusive for years. It was only in 2004 that the first photographs of one in the wild were taken, and in 2006, the first live video of an adult was recorded. Amongst all of my cephalopodic paraphernalia, my favorite has to be my giant squid stuffed animal. I purchased mine at the Washington D.C. aquarium, but there's one available at Amazon, too. Next on my list is a Vampire squid plushie, but I'm afraid that one will probably be harder to track down. 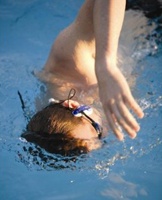 I've been swimming nearly all my life. I was on various swim teams and let me tell you - competing to get the best times was a real rush. But, with the complete lack of non-college adult swim teams around, I'm pretty much relegated to swimming back and forth at the local YMCA pool, dodging children who don't "get" lane ropes and always dreading having to share the lane with one of those "water aerobics" folks. Even though I love it, swimming laps for an hour can get pretty boring. Thankfully, there's the Finis SwiMP3 underwater MP3 player. These headphones attach directly to your goggles and transmit sound through your cheekbones. Instead of getting the muffled noise that most underwater headphones provide, the SwiMP3 sends the sound vibrations straight through to your inner ear, and I can listen to Bloc Party and Hot Hot Heat as clear as if they had taken a Magic School Bus ride into my brain and were now playing inside it.

High Definition: The TV Specials of Christmas Past MovieBob 3 Comments
Comments on