AM: Throughout D&D 3rd edition, Wizards operated under the Open Gaming License which allowed third party to re-purpose and re-design your rules, with little limitation. Do you think the OGL was a good or a bad thing for Wizards and for D&D?

AC: I think it was a little of both. I think it's hard to describe anything as one or the other. I think it was ultimately very good for acceptance of the game early on because it meant that content could be created very quickly, more quickly than we could. It got a lot of very smart people thinking about, "How would I do this in D&D?" We learned from that, heck, we hired some of those people. The current D&D lead designer, Mike Mearls, cut his teeth doing D&D products for other companies. That's where he figured out how to write good stuff and we noticed it and said, "Hey, why don't you come work for us." 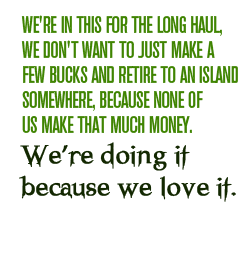 So it very quickly built a large and strong following of D&D players who were speaking the same language as each other - what had been a pretty fragmented audience. At the end of 2nd edition, even ignoring the fact that the game and TSR as a company were atrophying pretty badly, you couldn't have lined up five different people who were playing the game and... they weren't even playing the same game anymore. There were so many house rules built on top of the game, so many different styles of play that people had adapted, that even two different D&D players weren't playing the same game anymore. I think the OGL for 3rd edition helped bring people back together under one tent.

AM: What was the bad? In other words, why not stick with OGL for 4th edition? Because obviously when the Game System License was announced for 4th edition, it was fraught with controversy. Why did you make the changes you made?

LS: With the new edition we felt it was time to revise the license as well, so that's why we decided to go forward with the revised license.

AM: Is that a polite way of saying you don't want to get into this?

AC: The times changes, legal opinions change, legal staffs change, the realities of doing business - the world in 2000 was different than the world in 2008. As you pointed out, digital piracy is a bigger issue, protection of intellectual property and trademarks has gotten trickier. We wanted to make sure we were making a decision that was good for gamers, but was also good for Wizards of the Coast and good for the long term survival of Dungeons and Dragons. We're in this for the long haul, we don't want to just make a few bucks and retire to an island somewhere, because none of us make that much money. We're doing it because we love it.

GT: Did you feel that the OGL allowed too much profit to be made by 3rd parties?

AM: Or that fragmentation was resulting? Because initially it seems like it got everyone onto the same page, but then it started to fragment into, "Oh well I play True20. Oh, that's totally different, I play Swords and Sorcery."

AC: No, that didn't really enter into it at all. Ultimately, those audiences were small enough that they didn't really have an impact on our decision making.