San Diego Comic Con is a kaleidoscope of nerds and geeks, about half of which are dressed as their favorite character or creature. When I passed a particularly ingenious costume, I did what every self-respecting journalist would: grab my camera and demand for them to pose for me. Luckily, that's kind of the drill when you're dressed in a sexy Batwoman costume. I overheard the following in my first few minutes of Comic Con: one frumpy girl said to the hot friend who just got her picture taken, "Are you getting all of the attention that you wanted?" That kind of sums up Comic Con to me.

I tended to veer towards the more creative and less scantily-clad spectrum of costumes. I mean, anybody can throw on a metal bikini Leia-style and get dudes to ogle you. It takes skill and smarts to come up with a truly novel costume, or one that looks so well-crafted that it could be featured in a movie. And sometimes I just liked the little kids.

This gallery is by no means exhaustive, it would take a cadre of photographers snapping photos all day to capture all of the wonder that was Comic Con. Here are my favorite costumes from San Diego Comic Con 2010: 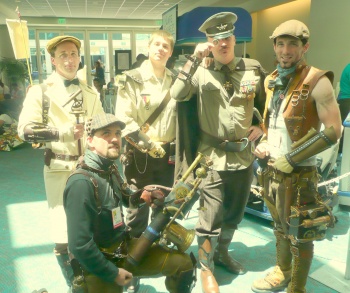 You might not be able to tell from this photo, but these steampunk costumes were incredibly detailed. 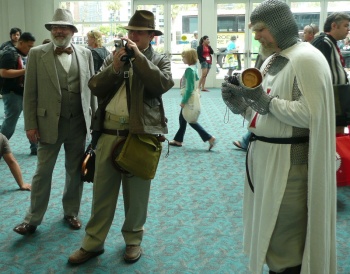 Who cares about anachronisms when you can take a picture of Indy and Dr. Jones taking pictures? 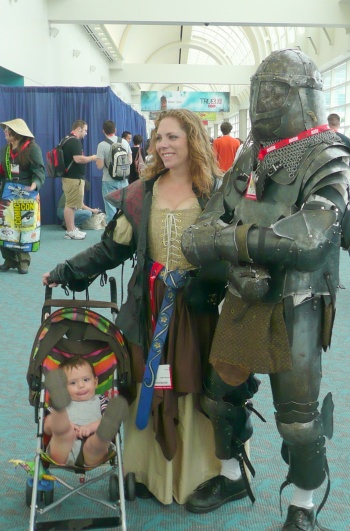 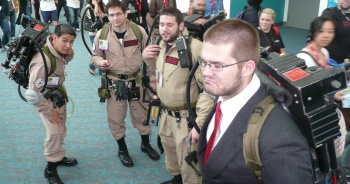 I'm going to call the Ghostbuster in a suit.
Related to:
greg titocomiccon 2010comics and cosplaycosplaycostumes
0
Tweet