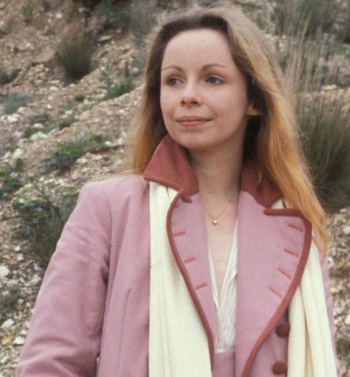 This article contains minor spoilers for the episode "The Wedding of River Song".

Given that she's the driving force behind the season finale, I've been thinking a lot about the character of River Song. Since we first met her in "Silence in the Library," she's been an intriguing figure not only because she has so many secrets, but because she holds up as the Doctor's equal. Companions aren't typically allowed to be on equal footing with the Doctor, but perhaps River will succeed where Romana failed.

The White Guardian of Time commanded the Doctor to track down the six pieces of the Key to Time and insisted that Romana, (full name Romanadvoratrelundar, though she prefers "Fred" for short), tag along to help out. The Doctor wasn't particularly thrilled to have her help, at least not in her first incarnation. Once the Key to Time mission was complete, Romana decided to regenerate pretty much for the heck of it, trying on new bodies the way you'd try on different t-shirts. In real life, actress Mary Tamm was replaced by Lalla Ward, who played Princess Astra in part six of the Key to Time series, and would (briefly) become Mrs. Tom Baker, which is how I come by the title for this article.

The Doctor usually chooses human companions because, as he explains it, traveling through time and space is way more fun when you do it with someone who hasn't seen it all before. In his more honest moments, he also admits that he likes having an audience on hand to appreciate his cleverness. The companions also perform an important, practical purpose: They're stand-ins for us, the audience. Having someone around who's not as smart as a Time Lord gives the Doctor a plausible reason to constantly explain what's going on, providing the exposition viewers need to follow along. The first Romana met this need halfway by being a rather sheltered Time Lady; she had book smarts, but not much real-life experience, so the Doctor still had to lead her by the hand rather a lot.

Once she regenerated, however, Romana quickly stepped up to be the Doctor's equal, going so far as to construct her own sonic screwdriver (which the Doctor tried to keep for himself), and donning her own overcoat and scarf. In was interesting to see the Doctor being put in his place, and having a companion that could operate independently allowed for a bit more freedom when it came to constructing stories. After just a few episodes, however, the banter began to feel more like bickering, and Romana chose to remain behind in E-space, rather than be called home to Gallifrey.