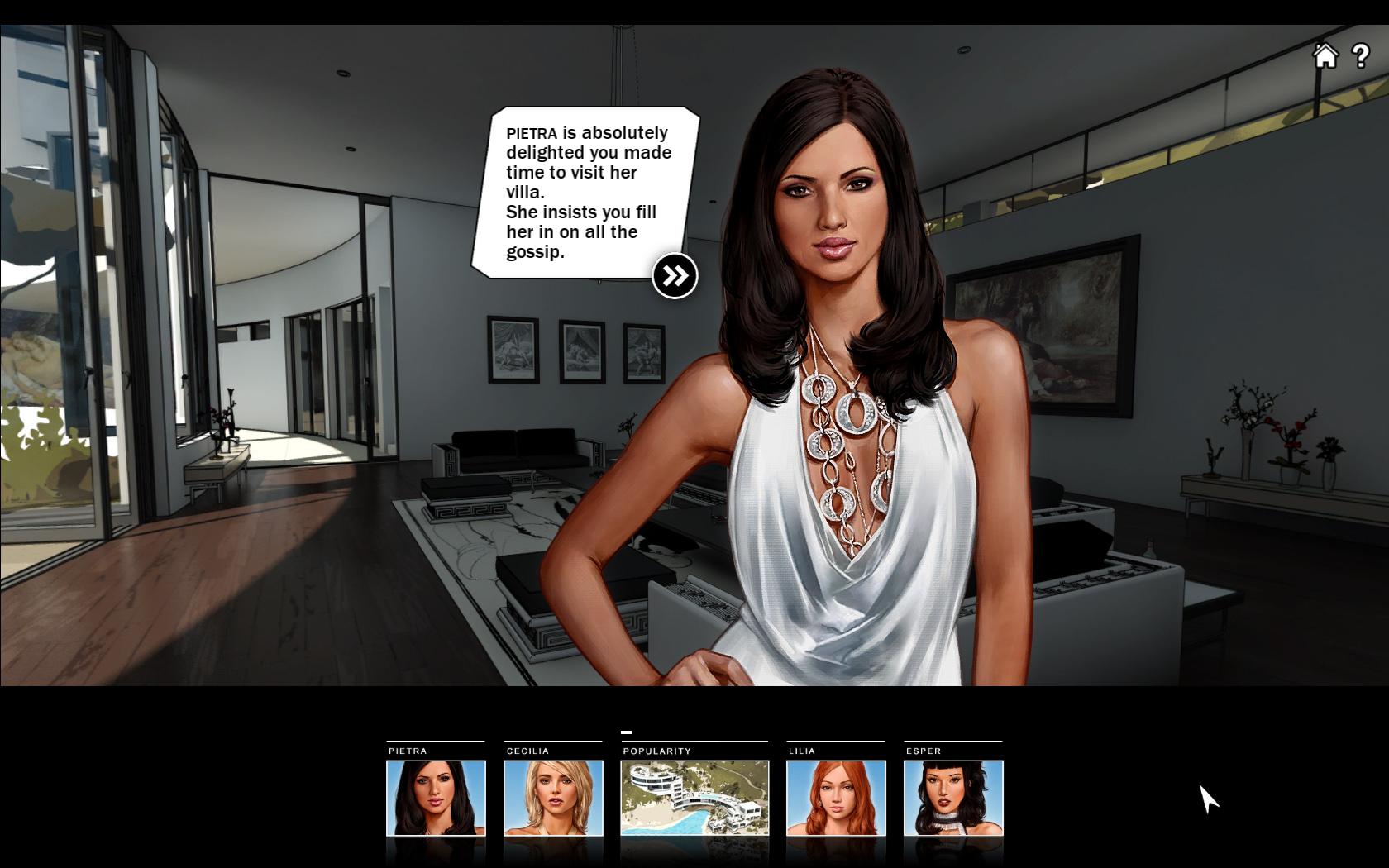 I'm not really sure what I expected from Seduce Me, but the one thing I certainly didn't expect is that it'd be so hard to get to the T&A. Fair warning: If you're looking for some kind of interactive spank material, you may as well look elsewhere. Seduce Me is unquestionably pornographic, but it lives on the arty side of that dirty street, graphic but (relatively) tasteful, with the naked mambo doled out in tiny bits, interspersed by long stretches of attractive but mostly-clothed women and not a whole lot to do.

You'll be rated by each of the primary characters in two categories, attraction and intimacy, which can be boosted by playing various mini-games as you wander around the mansion. There are five different game types in all, based on real-world card games like Euchre, Go Fish and Rummy, but the catch is that in the context of Seduce Me, winning is just as bad as losing because it makes you look like a bully. The object thus isn't to win, but to keep your score as close as possible to that of your opponent's.

Alas, your potential bangpals have no such compunction and appear to do their level best to beat you soundly at every opportunity. They'll also run into occasional streaks of bad luck, leaving you with an overabundance of victory and proof of the adage, "Lucky in cards, unlucky in love." Translating the concept of social engagement without domination into a casual gameplay mechanic is an interesting idea and while it can sometimes be frustrating, needing to keep your score as close as possible to your partner's adds an unusual tactical twist to the minigames, since knowing when to tank a play is just as important as knowing when to drop the hammer.

There's also an overall "Popularity" rating, which is increased by engaging in small talk with the many folks flitting around the mansion, as well as by occasionally getting into confrontations with people like Hamed, the houseboy stud of the week who doesn't seem to care much for your presence. You'll need to engage in these chit-chats every now and then because failing mini-games reduces your popularity and if it drops below zero, you'll be told that nobody likes you and tossed out on your ear. (It's a very Darwinian form of hedonism.)