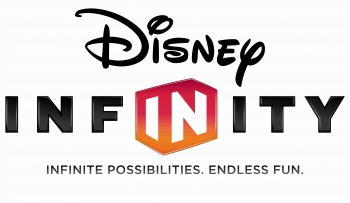 The Walt Disney Company has mastered the art of capturing the essence of childhood and repackaging it into entertainment. Its latest foray into videogames is no different, taking the hallmark Disney touch that we've come to expect and using it as a foundation for a project that can be described as nothing less than ambitious. While much of Disney Infinity resembles Activision's Skylanders series, the game play separates it as a unique offering. At every turn, Disney Infinity introduces a breath of fresh air into the stagnant genre boxes publishers pack video games into. Infinity breaks down the expectation for videogames to take you on someone else's journey, and instead place you in the middle of your own show. Whether you're a longtime fan of Disney movies or a world builder extraordinaire, this is one game you can't miss.

There are three main parts to Disney Infinity's virtual universe: The Toy Box, Play Sets, and Adventures. All of the modes are accessed through the Disney Infinity Base, a new console accessory provided in the starter pack. Most of the content is delivered piecemeal through the character figurines. The way it works is easy and intuitive - simply place a character figurine on the base and the game automatically senses it and the content it provides, swapping out your current character for the new one and granting access to that specific character's exclusive adventure and corresponding Play Set. In an otherwise wireless world, it's annoying to have to get up from the couch, but the tangible figurines with their brightly colored plastic do have a certain charm makes it worth it.

At the center of Disney Infinity is your virtual Toy Box, where every character type and franchise is welcome to mingle to create worlds. The Toy Box world feels huge and open to endless possibilities, combing the same sandbox, game-building fun previously introduced by predecessors such as LittleBigPlanet and Minecraft, while being less intimidating. You can share and save other players' worlds through the online feature. Friends can join you through local or online play to build a collaborative playground or simply run around and interact with the world you already built. The sandbox world-building is appealing, even for those not automatically inclined towards Disney's current franchises. If you're new to this style of play, or find game building not your forte, Infinity provides a handful of pre-built worlds that are just as fun to play around in.

Unfortunately, this sandbox of unlimited potential ultimately ends up feeling oddly limited, if not slightly broken. Those seeking an immediate builder's utopia will be sorely disappointed with the small number of starter objects. While you can send objects miles into the sky, the lack of object snapping means you will be hard pressed to connect anything up there in a meaningful way. And with a maximum number of objects allowed in any one Toy Box, you will inevitably find yourself forced to pick efficient functionality over eye candy. You will constantly try to push the boundaries, as the game encourages you to, but the limit is quickly reached through something as silly as plopping 50 woodland creatures in your brand new enchanted forest, a player can find their imagination stifled pretty quickly if they lack efficiency or self-restraint.