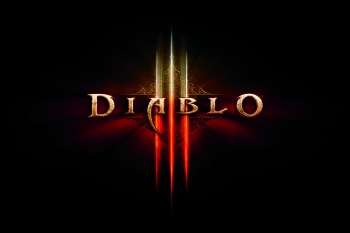 Diablo III launched on PC and Mac in 2012 to a wildly mixed reaction from critics and fans. Critics generally praised the game for its traditional and addictive Diablo-style gameplay, while the always-on connection requirement and the ill-fated Auction House system incited rage among many fans. For better or worse, sales were huge, with Diablo III being Amazon's most pre-ordered PC game ever. After a few weeks, the server issues were ironed out, and the new menace to the game's lasting success became the entirely random loot system and the oft-derided Auction House. Blizzard seems to have taken important lessons from the PC launch fiasco, and applied these to make a markedly improved console version.

Whatever you might hear, there's some good and some bad to porting Diablo III to consoles. From the basic control scheme to the menu system, one change may be a natural fit, while another may be awkward and unwieldy. Most of the systemic changes, at least, fit squarely in the positive category, such as offline play and the tailored loot system. Without Battle.net to require you be online, the console version of Diablo III allows you to play offline to your heart's content. The multiplayer is still easy to pick up, though, and dropping in and out of a friend's game is as easy as it was on PC.

While a nuisance for some, the always-online issue didn't affect everybody, and they've fixed the biggest universal plague - random loot. Without specifics, it's impossible to say just how thoroughly the loot system was overhauled for the console release, but you'll find yourself able to equip a much larger cross section of the loot you pick up in the console version. With the delightfully low drop rate of class-specific gear for characters of other classes, the loot system seems to finally do what it's supposed to do - help your character become more powerful. Anecdotally, of three legendary items collected, all three were tailored to the class they were dropped for.

The improved loot system is particularly important on consoles, since the dreaded Auction House is nowhere to be seen. With more tailored item drops, it's much less important to have an Auction House in place at all, since you'll be able to wear more of the gear that you collect for yourself. That's not to say you won't pick up items for other classes, but it definitely seems to be a less common occasion than it was on PC.

With the major improvements out of the way, now it's time to talk about the bad side of the console port. The control scheme is fine for what it is, but spamming attacks on the controller is not nearly as gratifying as the click-to-kill PC interface. You'll use the left stick to aim and move, while the right stick will perform your dodge move. If you're accustomed to avoiding projectiles on the PC, rather than just absorbing the hits, you'll likely be frustrated by the console controls. Even with the implementation of dodge, enemy missiles always seemed to land, whether you're running, dodging, or just standing still.