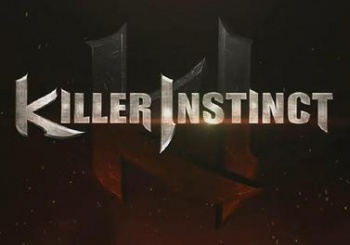 It's been nearly 20 years since Killer Instinct was first introduced at the arcade. At the time, it was up against heavy-hitting franchises like Street Fighter and Mortal Kombat, so developer Rare had a lot of pressure to do something memorable. The novel combo system in Killer Instinct was just what it needed to really stand out in the field, and it received a warm reception from gamers and critics alike. Killer Instinct 2 came two years later to similar acclaim, but it's been all quiet since then, aside from an N64 port of the sequel.

The Xbox One exclusive Killer Instinct is less than ambitious, offering only six characters at launch, as well as limited gameplay options. The non-versus play modes are limited to Dojo, which offers beginner and expert level tutorials, Survival, which tests how many consecutive matches you can win, and Practice, which simply lets you beat up a motionless opponent to practice your combos. There is no campaign or story mode at all which is a tad disappointing for single player gamers, but the majority of those playing KI likely won't miss it. The versus mode is standard fare, with offline options for local play, and online versus in Exhibition or Ranked mode. The offerings are adequate, but certainly nothing to get too excited about. 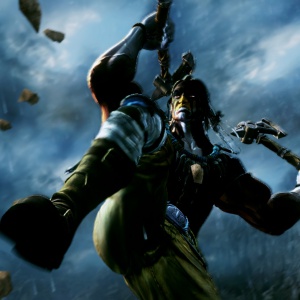 KI offers a free demo, where you get access to only one character, which is perfect for getting a feel for the game. You'll have to buy other characters for cash, however, or purchase one of the combo packs to unlock them all. The characters are quite distinct from each other, which is easy to do when there are only six to choose from, but it does offer a lot of value for the combo packs, as the experience is wildly different for each character. If you're into slow, powerful moves, Glacius might be for you, but if you like to hit fast and light, Orchid is probably a better bet. Given the combo-oriented nature of the game, your best option is going to be to find a character whose special moves you can execute consistently, and practice, practice, practice.

The Dojo is impressive in how in-depth it eventually becomes. There are 16 beginner level tutorials and 16 advanced tutorials. The beginner levels start very slow, with the basics of movement and striking, but quickly become much more entertaining, requiring you to pull off 16+ hit combos to proceed. Even if you never make it to the advanced tutorials, you'll have a firm understanding of how the combo system works, which is the core of the KI experience. It's surprisingly fun to play through the tutorials, and playing through all 32 will set you up to do exceedingly well in online matches.

The controls are simple and responsive, with easily performed special moves that largely take Street Fighter's scheme with lots of quarter circles and back-and-forth motions. Once you get the hang of the basics, you'll find yourself working up to larger and larger combos, which are incredibly gratifying to pull off. The combo system is simple and intuitive, so you won't need to learn a long string of buttons to execute incredible combos. Each character has Openers, Linkers, and Enders, which you combine to create your own custom combo. Be careful, though, as Combo Breakers are fairly simple to perform, making it dangerous to perform lengthier combos. With the combo and breaker system this simple, however, it seems likely that higher-end competition will not involve the most impressive combos, since experienced players will easily be able to break them. The simplicity does make for much more exciting casual matches, though, since even novice players will be able to string together the moves easily, and won't be as adept at breaking them immediately.

Anybody that grew up playing Street Fighter will be instantly at home when picking up KI. Years of practice with quarter circles and the Shoryuken wiggle will give Street Fighter players an edge from the outset. There's so much fun to be had chaining combos together using familiar moves, you might even find yourself in practice mode for hours at a time, trying to land the next big combo. To its credit, not having to learn a plethora of inputs for dozens of characters will be one of KI's biggest draws for newer players.

Despite how much fun it is to play, KI didn't have much to offer visually speaking. The graphics looked like they could have easily been achieved on current-gen consoles. The animations were smooth, but the character models just didn't really impress like you might have hoped from an Xbox One launch title. The digital distribution method may have played a role in the decision to use middling graphics quality, as it was already a very lengthy download, and improving the graphics would likely have made the download time significantly worse. KI's lackluster graphics probably won't impress you, but they're not so bad as to detract from the experience. Like the visuals, the music and sounds are largely forgettable, with the exception of "C-c-c-c-combo Breaker!" which you will hear more and more frequently as you get better at the game. It's much worse to hear when it's your combo being broken, but it gets to be grating even when you're on the right side of the exchange.

Killer Instinct takes the successful formula of its predecessors and adds a handful of new features to bring it more in line with modern fighters. It is much more enjoyable for fighting-genre novices than most fighters out there, but the competitive level play may suffer for it.

Bottom Line: Killer Instinct is definitely fun, if a bit lacking in depth. The lack of campaign mode and limited character options mean it won't take long for you to breeze through the entirety of the content offering, but the online versus should ensure that you get plenty of enjoyment for your investment.

Recommendation: If you're experienced with some of the more complex fighting games out there, this might be a tad simple for your tastes. If you're new to the genre, or just never bothered to master other games, though, this is a stellar entry level experience.