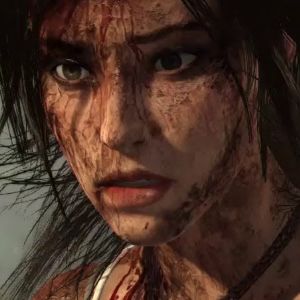 The jump from standard definition to high definition provided videogame publishers with a new way of making money. "Remastering" games from the previous generation and packaging them as "HD" releases was a savvy little maneuver that allowed companies to scoop a paw into their back catalogs and come up with some fresh cash. However, as technology evolves, huge graphical leaps become more modest steps up, and neither the PlayStation 4 nor Xbox One present dramatic shifts in quality from their predecessors.

This leaves publishers with a dilemma - they want to keep riding that rerelease train, but what excuse can they use when repackaging a PS3/360 game for PS4/XBO. Leave it to Square Enix, one of the masters of double dipping, to come up with a solution - the Definitive Edition.

The new consoles barely had time to sit on shelves before Tomb Raider: Definitive Edition was announced, clawing together what little extra content there was and upgrading the visuals as best it could. Now, thanks to that spark of marketing ingenuity, we have the beginning of what I am sure shall be a trend, and a continuation of the game industry's love affair with squeezing the same udder.

Three paragraphs of cynicism aside, it's hard not to be impressed by the differences between Tomb Raider's previous outings and this one. Indeed, compared to the prior console release, Tomb Raider is a very pretty game indeed, running as it does at a difference-making 60 frames per second (for the most part) and benefiting from smoother visuals overall. The game was no slouch on PS3 and Xbox 360, but its love for sweeping vistas and dense island scenery are done more justice by the newer systems.

There are some neat little extra touches, too. Voice commands can be used if you're into that sort of thing, allowing you to bring up maps and cycle through your weapons' alternate fire modes. On PS4, one silly feature I nonetheless adore is the use of the controller's rear light to flash alternately yellow and red whenever Lara lights her torch, simulating a fire effect. Utterly pointless, but pleasant in its gimmickry.

Other extras are pretty underwhelming, though. When Lara is sliding down a ravine or sloping river, you can use motion controls to direct her, but doing so is far more awkward than just using the stick. If you do use the stick, however, be sure to turn motion controls off in the menu, otherwise the gyroscope and the physical controls will fight for dominance. Using the PS4's dinky little touchpad to move and zoom in on artifacts is also a crap idea. The surface area is far too small for that, or indeed anything more complex than simple, one-swipe gestures.

The work that's gone into the visuals are nothing to sniff at, that's true. There's a new model for Lara Croft, complete with all the waving hair that so impressed us on the PC version. Those TressFX differences can be observed, scenery is more populated, while lighting and textures all pop more noticeably. The visual overhaul goes above and beyond the PC alternative, that much is true.

As a game, however, there's nothing I can tell you about Tomb Raider that hasn't already been said in reviews written for it in 2013. It's the same game, but prettier. Outside of the hit-and-miss optional controls, nothing about the game itself has changed, with both good and bad preserved immaculately.

It's still an engrossing, surprisingly atmospheric action-adventure that does more for the series than the previous decade of releases. However, it still features terrible enemy A.I. that swings wildly from lamppost-dumb to hilariously clairvoyant. It still has an irritatingly shaky camera that risks causing motion sickness. Everything that made Tomb Raider great (and it is great) remains, but the lack of any real improvements to things that definitely needed improvement renders the "definitive" tag a little too arrogant. 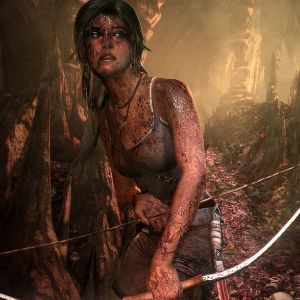 In terms of actual extra content, there's not a lot. Some "making of" videos and a paltry digital art book (more of a pamphlet) reek of a rerelease trying desperately to further justify its existence. Downloadable content has been included, such as alternate costumes for Lara, and fresh maps for the obligatory multiplayer mode that nobody really cares about.

Whether or not Tomb Raider: Definitive Edition is for you comes down to two questions - do you already have it? If you don't, then I would absolutely recommend it purely for the fact that it's a damn fine game in its own right. If you do, then here's my next question - is there literally no better way to spend that $60?

That's the real rub with this Definitive Edition - it's $59.99, exactly the same price it was when it launched a year ago and, visuals aside, it absolutely is the exact same game. For it to be worth a purchase from an existing owner, that owner would have to possess an extreme predilection for videogame graphics and be utterly starved of anything else to play.

It's hard to really rate something like this. It's a great game that is of value to anybody who hasn't yet played it, and those people really should pick up this version above all else. To anybody else, however, I struggle to see the worth at all.

Bottom Line: Tomb Raider is a terrific game, and the Definitive Edition is a gorgeous looking version of it. It's the same game it was in 2013, though, with no further improvements justifying its "definitive" status.

Recommendation: If you have a current-gen system and have never played Tomb Raider, this is a must-buy. If that's not you, then wait for this to become significantly cheaper.