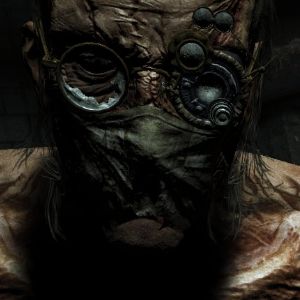 Outlast was easily one of my favorite games of 2013. An uncompromising horror game that consistently shocked without wasting its horrifying opportunities, Red Barrels' work had its share of critics, but I proudly count myself among its fans. That said, The Escapist never reviewed it, nor did I have the opportunity to do so while working for Destructoid. What luck, then, that a PlayStation 4 version has arrived, allowing me to right two glaring wrongs!

Set in the dismal corridors of Mount Massive Asylum, Outlast is the tale of the world's most suicidal journalist as he attempts to uncover a corporate conspiracy in an overrun mental hospital. Armed only with his video camera, our clueless investigator thrusts himself into a world of nude psychopaths, judgmental necrophiliacs, murderous doctors, and did I mention the nudity, necrophilia, and murder?

The content found within Outlast is graphic, to say the least. Naked killers hang dong, there are some alarming sexual images, and the amount of torture, death, and gore would give even Troma a run for its money. It's impressive Sony has allowed the game onto the PlayStation Store, but that must in part be due to the fact that, while Outlast's horrific content is vivid, its creeping pace and carefully structured environments ensure things don't veer into tacky territory, even if one couldn't call things tasteful.

Like many indie horrors of recent years, our protagonist has little in the way of defensive skills. He's good at running, hiding, and that's about it. At various points in the game, players must contend with the lunatics of the asylum, be they random psychos or one of the recurring antagonists. By crawling, sticking to the shadows, and learning the movements of opponents, players can perform their tasks without attracting too much attention. Should one be spotted, however, it'll take panicked retreating and somewhere to hide in order to avoid a barbaric death.

More importantly than that, however, is the camera's night vision. By looking through the camera and hitting a button, one can give things a Silence of the Lambs vibe, painting the world a noisy green and allowing one to navigate pitch black areas. Naturally, this cannot be used for the entire game - the camera's battery drains while night vision is in effect, and new batteries must be collected through the adventure.

As one might expect, jump scares are a big part of the experience. Hanging corpses are prone to fall in front of the player's eyes, and it's not uncommon to turn a corner and walk right into a disfigured maniac with a crowbar. Jump scares are a contentious addition to any horror experience, but I've always been a supporter of those instances where it's been done well. By my reckoning, Outlast handles its scares correctly, using them to punctuate excellently produced instances of creeping terror and oppressive atmosphere.

When it's not making you jump, the game's also damn good at simply being creepy. Outlast's menagerie of crazies include a pair of naked brothers who casually talk about taking out your liver, a hulking beast who laughs as he hunts down the "piggies," and the deliciously demoniac Dr. Trager, a friendly sadist with a penchant for unmedicated surgery and a desire to return to the Gold Standard. While Outlast's story veers off into barmy territory toward the end, its grimly realized world and unsettling collection of characters more than carries the campaign. 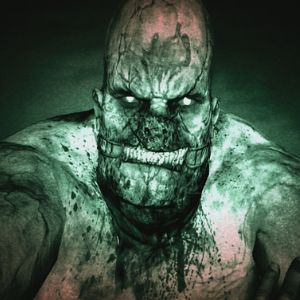 The game has some issues, that much is true. Enemy A.I. is sometimes laughably bad, with enemies suffering from some huge blind spots. Their tendency to open up every single locker or bathroom door except the one you're behind might make gameplay less frustrating, but certainly lends a pantomime feel to otherwise scary sequences. Some of the puzzles also rely a bit too heavily on making one backtrack around levels to hit switches for convoluted reasons.

Despite its faults, however, Outlast is a wonderful game that utilizes some of the most established tricks of the genre to their fullest potential. Disempowering the player, effectively utilizing scares, and introducing memorable, intimidating foes have been long-forgotten staples of mainstream survival horror, and Outlast employs them with the kind of skill I wish was evident outside of one small indie sphere. Thank God at least some studios remember how to do it right.

The PlayStation 4 version doesn't have anything extra for potential returning customers, being a straight port of the PC original. It runs perfectly fine, however, barring a few unfortunate loading times. Use of the DualShock 4's rear light is a nice touch, however, glowing white, yellow and red to indicate health status, and emitting a subtle green slow when night vision is activated. It's a shame the controller's speaker couldn't be similarly exploited to ramp up the scares, but we can't have everything.

It's still surprising to see a game as "nasty" as Outlast on PlayStation 4, but I am damn glad it made it!

Bottom Line: One of 2013's best games, Outlast deserves success in 2014 as a PlayStation 4 release. Disturbing and macabre, sometimes to the extreme, this is one of the best horror games to grace the world in a long time.

Recommendation: Have a PS4? Love horror? New to Outlast? Get it. It even launches as a free PlayStation Plus title, so there's no excuse not to try it.