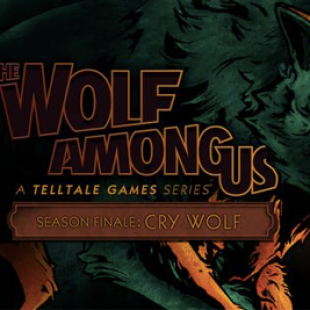 The last episode of Telltale's adventure game series based on the Fables comic may not be the last you play.

It's a sad fact of any well-loved series - be it TV, books or even games - that they eventually come to an end. Sometimes the moment of conclusion is bittersweet because all you want to do is be in that world for one moment longer. And while the best crafted stories can make you feel a sense of closure, it's also a sad fact that satisfying endings are supremely difficult to achieve, especially in a game with so many possible choices like The Wolf Among Us. The finale of what is surely just the first series from Telltale in the world created by Bill Willingham does a fine job of closing up the mystery Bigby Wolf has been investigating, but it ends on an ill-advised cliffhanger.

The characters from fairy tales and storybooks live in late 20th Century New York City. The Fables, as they call themselves, have an insular community now led by Deputy Mayor Snow White and Sheriff Bigby Wolf. Fables who don't appear human must pay for a magic spell called a glamour so humans don't discover them living among them. The murders of two prostitutes, one of which was glamoured to look like Snow before she died, spur an investigation by the Sheriff. The previous episodes in the series lead up to a confrontation with the Crooked Man and his gang of violent Fables which includes the goons Tweedledee and Tweedledum, the Jersey Devil, and Bloody Mary. The setting is well-established through excellent voice-acting and sound design; the background music is simple electronic tones, but it immediately places you in Fabletown.

Playing the Big Bad Wolf is fun because even though he's reformed his evil ways, there's always the threat of the monster displaying some well-timed police brutality. Your choices in dialogue range from sarcastic threats to a punch in the face, and the now familiar feedback the game displays lets you know when you've made a strong character decision. "Snow will remember that." And because the game told you, so will you. Being made aware of the branching decisions somehow makes your choices feel more real, more personal. My Bigby Wolf will be different for yours, even though the story is still mostly linear.

Because this is the last episode, the choices you've made throughout the series all come to their fruition in a group scene. Most of the characters you've met along the way are there, and how you treated them will have repercussions. I felt bad for some of the things I did as Bigby. It's a rare game that makes you feel guilty.