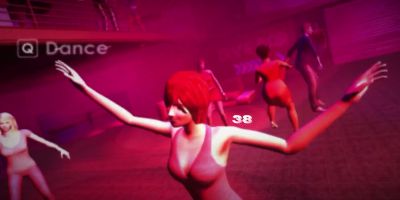 Once upon a time, words like "different" and "experimental" meant something. Typically, they meant "different" and "experimental." In the world of interactive entertainment, they've both taken on a new, shared meaning - "it's a bit like Gone Home or Dear Esther, now give me my 10/10!" The sad irony of most "experimental" games now is that they're not experimenting at all, they're simply treading in the footsteps of games that, at one point, truly did break the mold.

The idea of the narrative-driven, interactively minimalist game is almost becoming its own genre, complete with obligatory tropes and paint-by-numbers design doctrine. 4PM is the latest "me too" entry in a series of games that are no better than Call of Duty or Medal of Honor sequels in their mimicry and homogenization. Flavored with some David Cage-level pretension and desperately floundering in its efforts to boast a message - any message at all - 4PM is the kind of thing that happens when you cynically decide to make a "meaningful" game before you have anything of actual meaning to say.

The "experiment" - which costs $4.99 and lasts a little over twenty minutes long - attempts to tell the story of an alcoholic woman whose name I refuse to remember. In terms of gameplay, this means you walk from point A to point B with fuzzy visuals and a swaying camera that makes you feel legitimately physically unwell. You may feel free to stroke your chin and applaud the developer for its purposeful subversion of player comfort. Personally, I'll say what needs to be said - it's a dick move to make your game physically unpleasant to play, whatever the context.

Most of the game is spent walking around as the story desperately tries to reinforce how bad an alcoholic she is. She's going to be sick at a nightclub, her boss hates her, she swigs booze in her office. Rather than rely on nuance or subtlety, 4PM satisfies its narrative concerns with the sledgehammer approach to writing, smashing players in the face with stereotypes and banalities to get the point across. As a result, the portrayal of alcoholism found here is ignorant at best, and downright offensive at worst.

Every now and then, there are "choices" presented to the player, though they have no lasting impact on the game itself. One choice is wrong, one is right, and you won't know until the consequences happen and you're shunted back to a checkpoint as punishment for not being clairvoyant. It doesn't matter, though - the game is so brief and lacking in content that there's no real "progress" to be lost for any "incorrect" decision.

At this point, I'm going to detail the entire twenty-minute plot for you, because the only way to truly get across how demented this game manages to be is to explain it.

The drunk woman wakes up after nearly being sick in a nightclub and bumping into a man, whose business card she picked up. She concludes she did not have sex with him, and is then late for work. Her boss is angry at her, and he looks like a vampire (he isn't). She drinks at work. She then sneaks out of her office (with a laughable stealth section) to drink outside of work, because two bottles of liquor aren't enough. When she reaches the stairwell, the man from the club heads to the roof. She follows him. He is going to kill himself because his wife plans to leave him and take the kids. After the drunk woman tries to reassure him for five or ten minutes, he suddenly turns around and furiously tells her over and over again that they've been having an affair together for months and that also by the way she killed her dad in a car crash but she's drunk so she can't remember that they've been having sex every day for months and the nightclub meeting was probably ages ago but she thinks it was last night because she managed to drink so heavily she can't remember anything because that's how alcohol works now. Then she calls her mother.

I've given David Cage a lot of heat over the years for his terrible dialog, poor pacing, awkward plots and contrived twists. I've made fun of his obsession with Hollywood and his smug self-satisfaction. Compared to the drivel that makes up 4PM, however, our boy from Quantic is bloody Geoff Chaucer. It almost has to be seen to be believed, but the gibbering shotgun of exposition at the end is some of the most embarrassingly delivered shoehorning of plot I've ever seen in a videogame.

Ultimately, what's the "meaning" of this palaver? Being an alcoholic is bad? Don't drink and drive? Take responsibility for your actions? You'll feel really silly if you manage to forget having sex with a guy for half a year? Either the overall message is trite to the point of ineffectuality, or otherwise so bizarre and abstract that I'd have to wonder if this thing was crafted in an insane asylum.

To truly complete the confusion one feels experiencing this nonsense, the game is ugly as sin. As if the constant blurring wasn't bad enough, the character models are hideous and the animations brittle. Objects seem to be covered in larger, ghostly versions of themselves, while environments are sparse and drab. The monstrous visuals only conspire the make the queasy feeling one gets from playing all the more horrid.

Here's the real, harsh truth. 4PM is shallow. It's vapid. It's a follower in the footsteps of things that actually had shit worth saying. It's one in a growing number of games that saw the success of titles like Gone Home and thought, "I can do that too!" As Warfighter is to Modern Warfare, so too is 4PM to The Stanley Parable. It's a game that calls itself experimental and different, deep and meaningful. In reality, it's unambitious, threadbare, and worst of all...

Bottom Line: Imagine if David Cage were even more of a dribbling lunatic. Welcome to 4PM.

Recommendation: Booze. Lots of it.