One of the topics we like to cover is games that are about more than fun. Games can be used as marketing tools, as a source of education and enlightenment, as simulations for training, and so on. ElectroCity, from New Zealand's Genesis Energy, is one such game, a Flash-based SimCity-style game with a twist: The power company wants to explain to you what it's like to be the power company. It's fun, sure, but it's also a marketing and educational tool, a way to say, "These are the problems we're dealing with," a way to show the public that the power company isn't all about keeping the lights on. Playing ElectroCity, running your own little dream slice of New Zealand, is all about balance.

Building a new power plant is good; it keeps the lights on. Building a new power plant can be bad if it pollutes, cuts your tourism, costs an obscene amount of money and annoys the populace. As mayor of your own city, you supervise the building in the surrounding countryside - power plants, tourist attractions, industry and commerce, etc. - and keep a rein on your citizens - why not ban all TVs to save power? - all while trying to ensure more people keep moving in and your existing citizens stay happy.

Two cities rose and fell on the coast of New Zealand. This is their story. 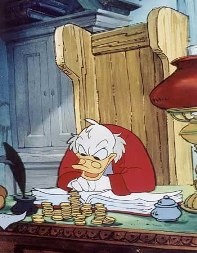 Boot City - The Worst of Times

Boot City, founded by an enterprising young mayor, was going to be a socialist utopia where everybody rode bikes, the air was clear and all the energy was renewable. And everyone was going to be in bed by 8,:00 for their own good. Reality soon intruded upon my utopian ideals when enterprising geologists discovered coal in the forest. Suddenly, that pristine field of trees (and dreams) was in the way of Boot City's energy needs and future wealth. Building a coal mine would not only destroy the trees, it would pollute the area, require an expensive cleanup when the coal ran out and drive away tourists. On the other hand, coal was selling for an obscene amount on the market, and I could use the earnings to finance new tourist traps to suck the fools back in. It was no contest. Ferngully fell before onrushing progress.

The problem with this plan, as I realized after Bambi's father was on my dinner table, was the only clear area I had for the amusement park was another untouched strip of forest. Needless to say, the trees cried again as the bulldozers charged in, but the amusement park's siren songs kept the tourists coming in, probably reminding their kids that no tree was ever as cool as a rollercoaster that goes 100 mph. And when that kid coughs on the coal dust, I thought, demolishing another strip of old forest to build another mine, I'd just tell him that's the taste of progress in the back of his throat.

In less than 100 turns, I'd turned a cozy New Zealand town on an unspoiled patch of coast into Dickens-era London, complete with rampant pollution and wide eyed moppets forced to go to bed early to save power. Not only was I pillaging untold natural resources while selling them on the side for big profits, I was watching gleefully as Boot City continued to grow. It was polluted, crowded and nobody had any TV. People hated it in Boot City. But more kept moving in, especially once I decided to build the airport, heading off a citizen rebellion with that most Republican of solutions: Tax cuts for everybody!

My popularity climbed out of the cellar and the airport went in, providing wonderful little animated planes and a way for more tourists to visit Drakeney World, a celebration of progress and man's triumph over nature.

Trouble was at hand, though, as I discovered when I plunged thousands of dollars into another round of improvements. The archenemies of industrialists everywhere - people who don't want to live in a smog-filled industrial wasteland - were agitating, perhaps because my Environmental rating was buried beneath a mountain of abandoned coal mines. Protestors interrupted several key revenue generating projects, and an untimely crash of the coal and gas markets meant I couldn't prop us up with savvy trading. It became a race to the finish as Butte City started going broke, and despite my best efforts, we plunged into bankruptcy. I was run out of town like Nixon and, presumably, their next mayor would not be a tinpot dictator/London factory owner. Godspeed, Boot City. 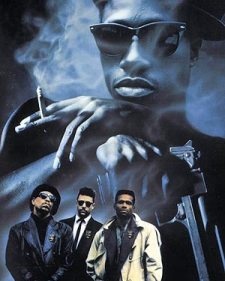 NewJackCity - The Best of Times

Politics is a business of failing upward, and though I'd run my last city into the ground, a new group of fools elected me to office, and I was walking the parapets once more. NewJackCity was off to a promising start. On our first turn, we managed to find natural gas reserves just off the coast. I promptly tossed my resolution to respect nature out the window and threw up a rig to take advantage of it.

To finance my new rig, I logged a forest for the income and happened to strike another natural gas deposit. Rigs were sprouting up everywhere, and while not everyone was happy with my decision to get into the gas business, a new national park placated the angry masses. I set up whale watching to bring in tourists, and I'm sure they enjoyed the sight of majestic humpback whales swimming beside a majestic natural gas rig towering over the sea. A campground and another national park kept the plebes happy, and though the natural gas market was busy burrowing through the floor, I was building a Smaug-style horde of natural resources for the recovery. Our gritty blue collar town was growing and prospering.

The downside to finding gas early was that my platforms exhausted the deposits early, which meant NewJackCity was soon sporting all the charm of south Louisiana when the oil boom went bust, with rusting rigs hulking around, depressing everybody. I managed to finance a cleanup operation, and I planted some forests, desperate to satisfy the angry mobs. People, I learned, can't tell the difference between old trees and new trees, and this observation followed me throughout the rest of the game. I'd log out an old growth forest to build a new stadium, then throw a few seeds over an old coal mine that I'd cleaned up and, viola, they were happy.

The key proved to be balance, something I'd not quite understood when I was busy pillaging Butte City. Hack down an old growth forest and build a coal mine, but replace those trees with seedlings and people will settle down. Trees is trees, to the common man, though I admit that may not be the message the energy company wanted to get across. Still, NewJackCity's population spiraled upward, from 50,000 to 500,000, and I was getting perilously close to the million mark when I made a disastrous mistake. 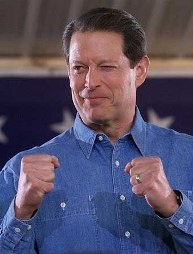 All the cool upgrades I'd bought for my population, bunch of ingrates that they were, required more power than my existing capacity could manage. Coal was dirty, gas required spending money on natural gas, and wind power was unreliable and couldn't produce the juice I needed to keep things running smoothly. Nuclear, while expensive, seemed like the way to go, which was why I was horrified when the plant completed. Sure, the lights were on, but where previously I could do no wrong, suddenly, my popularity was down by close to two-thirds. It seems, just like citizens in the real world, Electrocitizens are scared of atoms and science, too. Fortunately, the new stadium I built instantly recovered my popularity, as soccer is far more distracting to your average New Zealander than isotopes.

From there, it was a smooth cruise to the final turn - unlike SimCity, ElectroCity is time-limited, which changes the game significantly - and my report card popped up. NewJackCity was a bustling city of 700,000 people, and I'd managed a B- for Energy Management, an A for Popularity, a B+ for Population and an A+ for environment. Al Gore, it informed me, would soon be stopping by, and I have quite a few things on my mind to tell him when he gets here.

I've learned several things from this experience however, like a reluctant almost-sympathy from the power company, and that people are unable to tell the difference between trees, and that balancing environmental with economic demands is not only tricky, but essential. Most importantly, I learned that putting me in charge of anything is a bad idea, as I turn into a 1900s industrialist that would gladly make children work 12-hour days if it enhanced my bottom line.